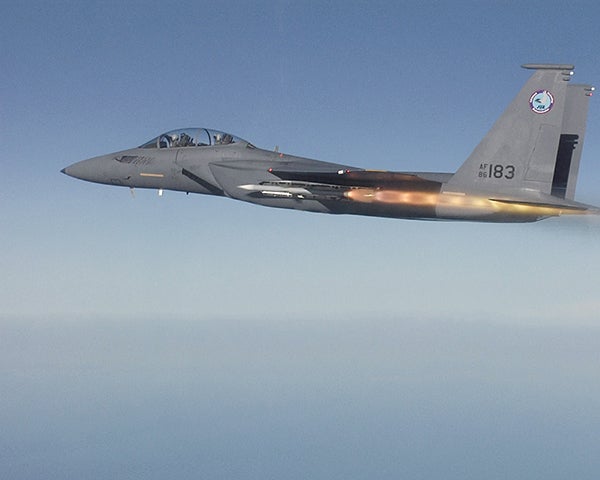 Widely expected to win the KRW8.3tn ($7.2bn) contract after being declared the only bid within budget, the F-15 fighter was criticised by former military chiefs and experts for lacking stealth capabilities, and was deemed unable to counter North Korea’s increasing nuclear threats.

DAPA said in a statement that the decision follows in-depth discussions on the security situation and the combat environment based on assessments of the aircraft’s mission capabilities and prices.

"The DAPA will promptly restart the project to minimise the security vacuum by consulting related organisations to revise the total budget and requirements," the statement read.

"The DAPA will promptly restart the project to minimise the security vacuum by consulting related organisations to revise the total budget and requirements."

The F-35 has now returned to be the front in the race for the contract after the South Korean defence ministry singled out a fifth-generation aircraft as the preferred option to deter the growing North Korean threat.

Expressing disappointment over the decision, Boeing said in an e-mailed statement to Bloomberg that the company had rigorously followed DAPA’s instructions throughout the entire process, and ‘await details from DAPA on its basis for the delay while evaluating our next options’.’

Considered to be the world’s biggest fighter procurement this year, the F-X III programme seeks acquisition of 60 advanced aircraft for replacement of the Republic of Korea Air Force’s (ROKAF) ageing F-4 and F-5 fighter aircraft fleet.

The re-tendering process is expected to take around one year to complete, Reuters reports.

Image: An F-15 Silent Eagle aircraft during its flight. Photo: courtesy of Boeing.