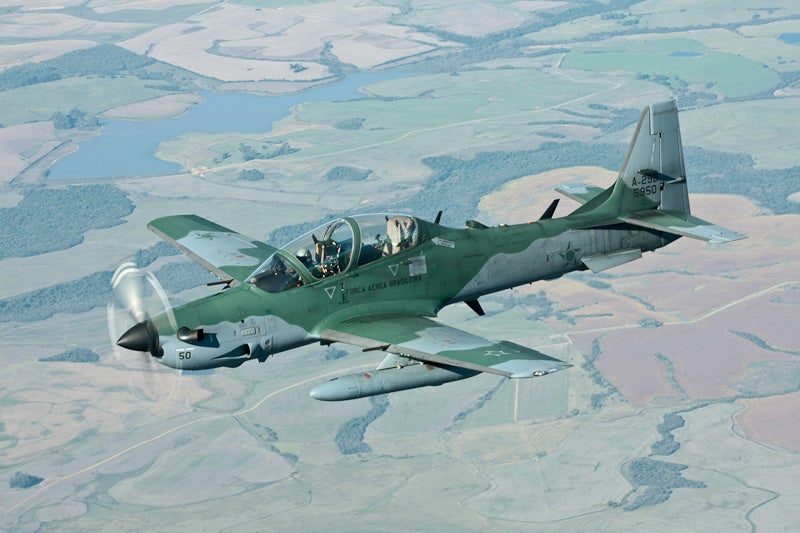 Embraer Defense & Security has been awarded a contract for delivery of its A-29 Super Tucano light attack and advanced training aircraft to the Senegalese Air Force.

Under the contract, a logistical support package for operation and installation of a training system for pilots and mechanics (TOSS) will be provided in Senegal, so as to bring autonomy to the air force in preparation of qualified personnel.

Commenting on the aircraft, Embraer Defense & Security president Luiz Carlos Aguiar said: ”This is a versatile and robust aircraft, with proven combat experience and it will fulfil, with excellence, the missions for which it was chosen.”

Equipped with advanced electronic/optical/infrared (EO/IR) and laser technology, secure radios with datalink communications and weaponry, the aircraft can also be configured for pilot training purposes.

It is currently operational with air forces of Brazil, the Dominican Republic, Colombia, Ecuador, Chile and Burkina Faso, Indonesia and Mauritania.

Embraer also received an R252m ($127.4m) contract for provision of logistical support services for the Brazilian Air Force’s 92 A-29 Super Tucano fleet, as part of the Integrated Logistical Support Program.

Divided into a basic service and unexpected service package, the contract covers delivery of scheduled and unscheduled maintenance, repairs and components overhauls among others over the next five years.