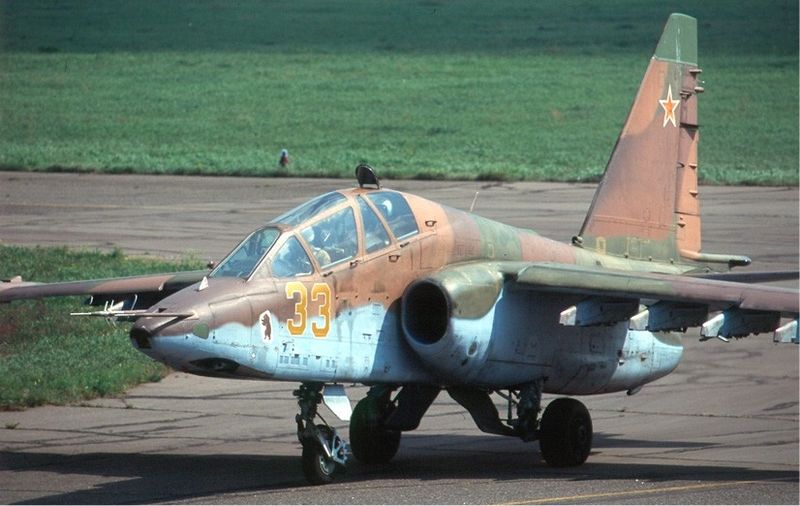 Drik added: "Air Force Commander colonel general Alexander Zelin signed off on the completion of flight tests for the Su-25UBM at the end of December 2011."

Russia is planning to procure the Su-25UBM aircraft under the 2011-2020 state rearmament programme to procure more than 600 warplanes, 1,000 combat helicopters and 100 warships, including 20 submarines, in a move to leverage its armed forces.

The Su-25UBM is designed to perform reconnaissance and target designation roles, or as an airborne control post, and is expected to be equipped with a self-protection system to counter infrared-guided missiles. The aircraft variant, a modification of the Su-25 twin-seat operational trainer, is equipped with systems that will enable it to perform ground-attack missions in any weather and by day or night.

The SU-25UBM will be integrated with a satellite navigation system, advanced radio-electronic equipment and high-precision weapons to hit targets in short-range dogfights and those located at a distance of 20km. Additionally, the Su-25UBM is capable of flying 910 miles and reaches speeds of 950km/h and is armed with a new radar, more powerful and accurate weapons, an automated mission system and increased battlefield survivability and reliability.

Ideal for both combat and training purposes, the SU-25UB aircraft will undergo further tests on its equipment and weapons in 2012 as part of the Russian Air Force plans. The variant, set to replace the older Su-25UB, made its first flight on 6 December 2008 and will be cleared to enter series production after receiving state approval.