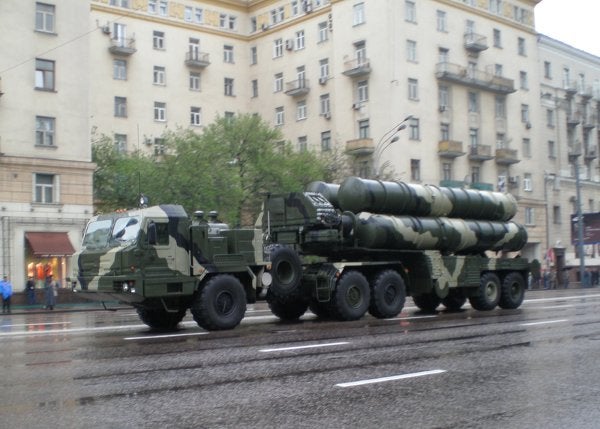 The Russian Ministry of Defence (MoD) is planning to put the third S-400 Triumf air defence missile system regiment on combat duty near Moscow, in an effort to boost the air defences in the region.

Russian Defense Ministry spokesman colonel Dmitry Zenin was quoted by RIA Novosti as saying that, ”Russia’s Aerospace Defense Forces will deploy another S-400 regiment by the end of this year.”

The soon to be deployed regiment will augment the two S-400 regiments already operational near the Russian capital.

Developed by design bureau Almaz, the S-400 Triumf is a long to medium-range surface-to-air missile (SAM) system, designed to intercept a wide range of ground-based and airborne targets, such as stealth aircraft, strategic carriers and cruise and ballistic missiles at a maximum distance of 400km.

"The soon to be deployed regiment will augment the two S-400 regiments already operational near the Russian capital."

Code-named the SA-21 Growler, the S-400 system is an upgrade of the S-300 missile system, and features three different missiles, including the extremely long-range 40N6, 48N6 long-range and a 9M96 medium-range missile.

Russia currently has five operational S-400 regiments safeguarding national airspace near the port city of Nakhodka in the far eastern Primorye Territory, in the Baltic exclave of Kaliningrad and in the Southern Military District, in addition to two regiments around Moscow.

The MoD intends to have 28 S-400 regiments by 2020, each comprising two or three battalions featuring four systems each, primarily in maritime and border regions.

The news agency had also reported earlier that a total of 56 battalions are expected to be armed with S-400 systems by 2020, to serve as a cornerstone of Moscow’s theatre air and missile defences.

Image: A launch vehicle of the S-400 Triumf air defence missile system during a parade near Moscow, Russia. Photo: courtesy of UMNICK.