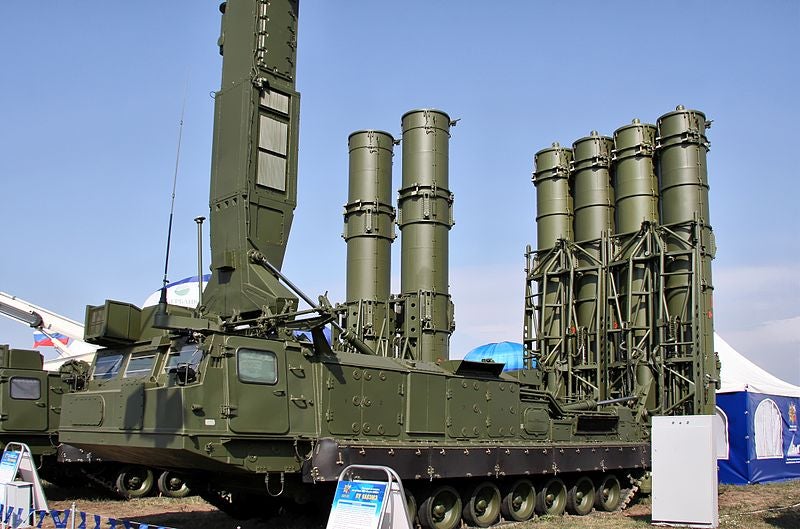 Russia has reportedly offered a new type of air defence system to Iran as a substitute for the S-300 surface-air-missile (SAM) systems the country was originally scheduled to supply as part of an $800m contract signed in 2007.

The proposal includes the Antei-2500 anti-ballistic missile system, which is capable of intercepting up to 24 aircraft within a range of 200km or 16 ballistic missiles simultaneously, Kommersant has reported, citing unnamed officials in the Russian arms trade industry.

The officials did not, however, provide further information about the offer, which represents Moscow’s second attempt to bypass a $4bn lawsuit filed by Tehran in the Geneva International Court of Justice over cancellation of the contract in April 2011.

Meanwhile, an unidentified Iranian diplomat told the newspaper that the deal is expected to be formalised during Iranian President Mahmoud Ahmadinejad’s official visit to Russia on 1 July.

The 2007 contract was cancelled by former Russian president Dmitry Medvedev following the fourth UN Security Council arms embargo on the country in September 2010.

Russia’s previous offer involving Tor anti-aircraft system was rejected by Iran early this month, who cited that the country has already manufactured a national defence system and ”within that system the proposed Tor system would be unable to fulfil the S-300’s functions".

Involving the supply of five S-300PMU-1 battalions to Tehran, the 2007 contract was cancelled by former Russian president Dmitry Medvedev following the fourth UN Security Council arms embargo on the country in September 2010.

Following cancellation, Moscow also returned the $166.8m security deposit to Iran, which still insists that the systems do not fall under the UN Security Council Resolution 1929 due to their defensive nature.

The country also maintains that the lawsuit will be withdrawn only if Russia honours the original contract.