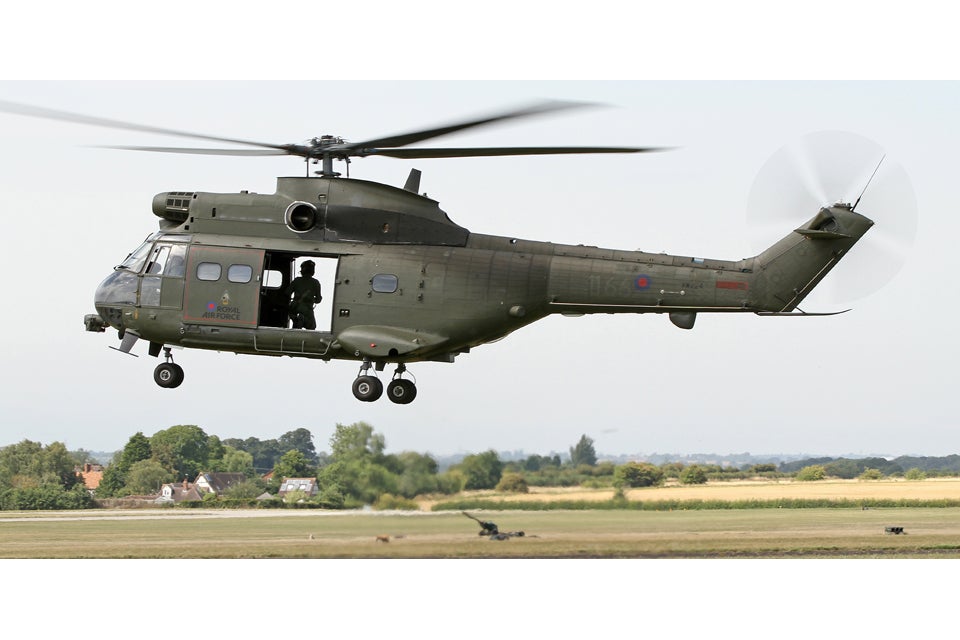 Around seven of the RAF’s fleet of 24 Puma Mk2s, which are being upgraded by Eurocopter under the £260m life extension programme (LEP) contract, have been delivered to date to RAF Benson.

Air-transportable by C-17 Globemaster transport aircraft, the upgraded helicopter can carry up to 16 fully-equipped troops, and requires only four hours to ready for deployment in support of both combat and humanitarian missions.

UK Defence Equipment, Support and Technology minister Philip Dunne said the upgraded Puma helicopter, along with its greater range, endurance and payload, will provide RAF with significantly enhanced, agile capability in support of combat and humanitarian operations even in austere conditions.

"The upgraded helicopter can carry up to 16 fully-equipped troops, and requires only four hours to ready for deployment in support of both combat and humanitarian missions."

Dunne said: ”In 2012 we committed to spending £12.1 billion to ensure our helicopter capability remains up to date.

”The delivery of the Puma Mk2 will further strengthen our world class helicopter fleet, which recently saw the introduction of the upgraded Merlin Mk2 and upgraded Chinook Mk4s.”

Puma Force commander group captain Nigel Colman said, ”The Puma is a remarkable aircraft and its ability to operate in urban and harsh conditions will see it play a key role in any future deployments.”

Approximately one third of the upgrade was carried out by Eurocopter UK in the UK, with support from Oxford, Oldham, Redditch, Gloucester, Boscombe Down, Basildon, Surrey, Marlow, Cheltenham and Reading-based companies, while the remainder took place in Eurocopter UK’s plants in France and Romania.

Remaining helicopters under the contract are scheduled to be delivered over the next two years, whereas service entry is planned for 2015.