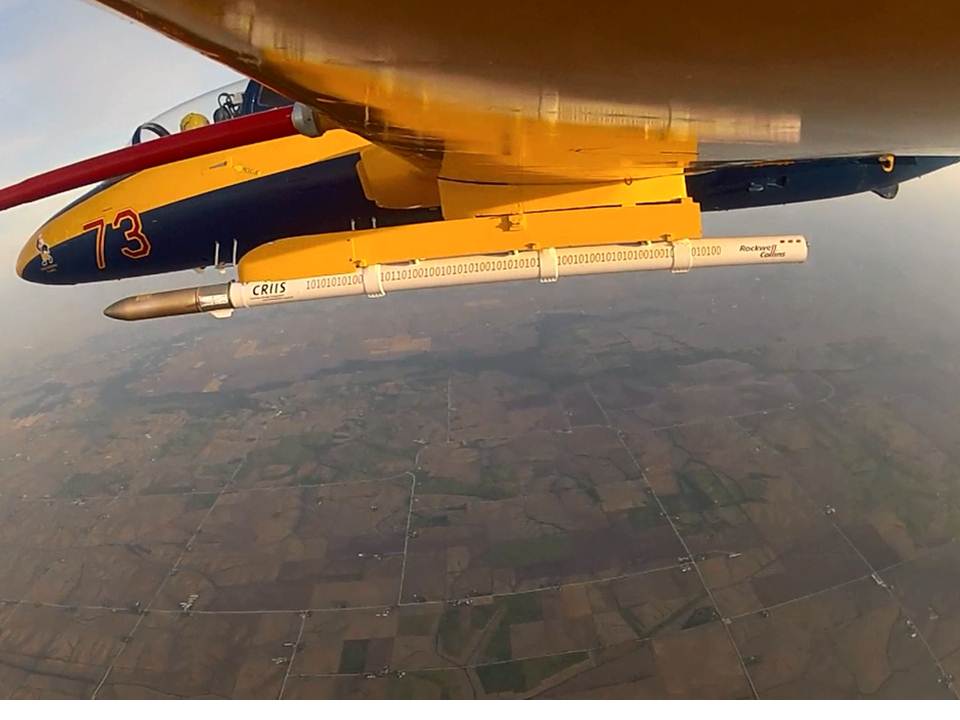 Awarded in 2010 to develop the first phase of CRIIS, the CDR milestone marks the start of the integration, test and pre-production phase of the $140m programme.

The CRIIS programme is aimed to provide time, space and position information (TSPI), as well as system test data, for the US Department of Defense.

"Awarded in 2010 to develop the first phase of CRIIS, the CDR milestone marks the start of the integration, test and pre-production."

"One key to the successful CDR was early system integration and performance testing using prototype hardware, providing insight not usually gained until much later in a programme," Dodson said.

"This early system-level testing provided the customer with additional understanding of the maturity of the design."

Technical demonstrations were also performed to show the progress made on critical capabilities such as TSPI, data link, encryption, information assurance and system control.

Image: An engineering pod being flown during the early development and testing phase of the CRIIS programme. Photo courtesy, copyright © 2012 Rockwell Collins.