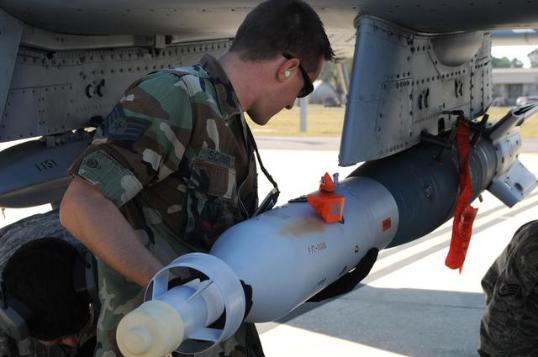 Raytheon has received a contract to supply its combat-proven Paveway II precision-guided munitions to an undisclosed international military customer.

Considered a derivative of the Mk 82 general-purpose bomb, the munition features a nose-mounted laser seeker and fins for enhanced guidance, and enables effective destruction of small, hardened targets, including main battle tanks and other armoured vehicles, with minimum collateral damage.

Having entered into service in 1976, the bomb is currently operational with the US Air Force and Navy, US Marine Corps, Royal Canadian Air Force, Colombian Air Force, as well as several other Nato air forces worldwide.

The company has not revealed the number of units ordered and delivery schedule.