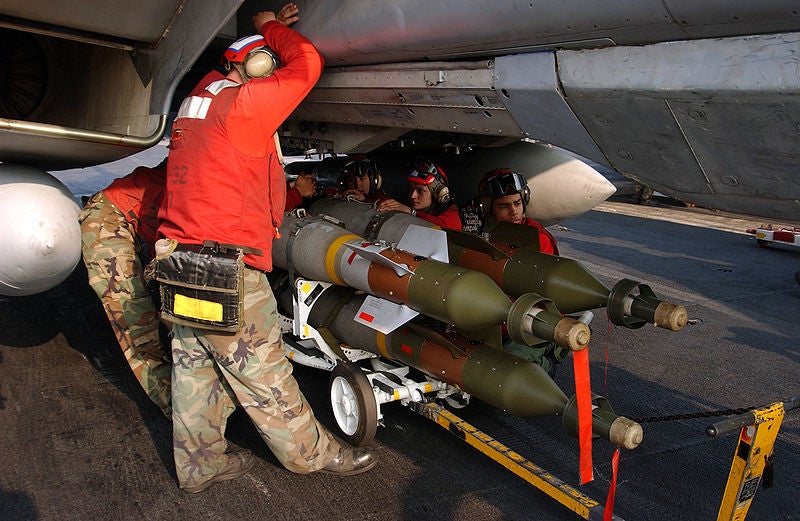 Raytheon has been awarded a contract to deliver its GBU-12 Paveway II laser guided bombs (LGBs) to an undisclosed international customer.

The direct commercial sale award is valued at $422m, but additional contract information has not been disclosed by the company.

"Paveway has revolutionised tactical air-to-ground warfare by providing the warfighter unparalleled accuracy and standoff capability, proving itself in every major conflict in which it has been used," Lawrence added.

Considered a derivative of the Mk 82 general-purpose bomb, Paveway II features a nose-mounted laser seeker and fins for enhanced guidance and also to reduce battlefield risks for warfighters.

Having initially entered into service in 1976, the bomb is currently operational with the US Air Force, Navy, US Marine Corps, Royal Canadian Air Force, Colombian Air Force, as well various other Nato air forces worldwide.

Image: a GBU-12 bomb being loaded onto an aircraft. Photo: courtesy of 2nd Class Danny Ewing Jr, US Navy.