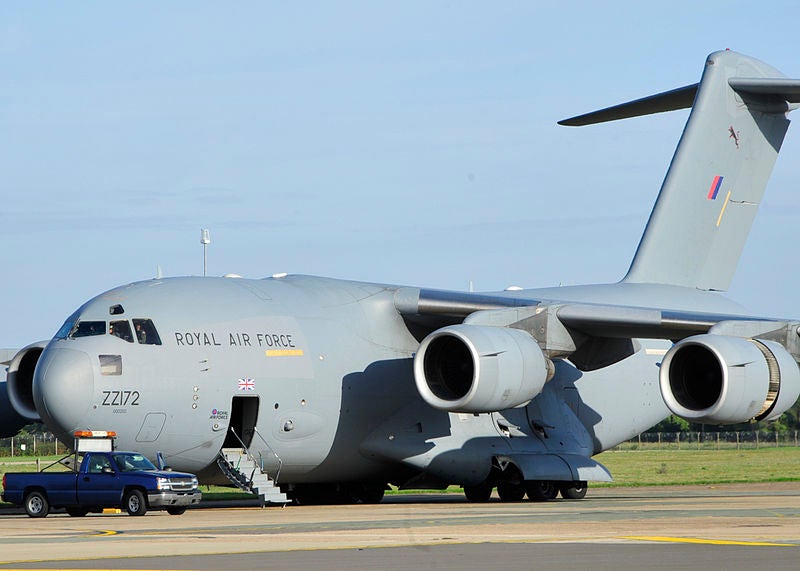 The UK Ministry of Defence (MoD) has unveiled plans to procure an additional C-17 Globemaster III strategic airlifter from Boeing, bringing the total number of aircraft in the Royal Air Force’s (RAF) fleet to eight.

UK Prime Minister, David Cameron, said: "I can announce today that because the Ministry of Defence’s finances are better run and better managed, and because we have found savings, we will be able to purchase an additional C-17 for the RAF."

The additional C-17 was announced after the Defence Select Committee report into Libyan operations said the nation would face difficulties in mounting another operation on a similar scale in wake of extensive defence cuts.

The £200m aircraft is currently being built by Boeing in the US. It is due to come off the production line in March and is expected to enter operational service in July 2012.

British defence secretary, Philip Hammond, said: "The C-17 has shown its worth in Afghanistan ensuring that our troops are given the fastest, most efficient passage home."

The airlifter is expected to further strengthen the vital airbridge of transporting British armed forces and equipment between the UK and Afghanistan, as well as for aeromedical intensive care provision purposes.

The new aircraft will be based at RAF Brize Norton in Oxfordshire, UK along with the other aircraft in the fleet that are operated by 99 Squadron.

The Boeing C-17 Globemaster III is a large military transport aircraft designed to conduct rapid strategic airlift of troops and palleted cargo to main operating bases or forward operating bases throughout the world.

The C-17 airlifter can be configured to perform tactical airlifts, medical evacuation and airdrop missions. The C-17 can also be deployed to help with humanitarian and disaster relief efforts.