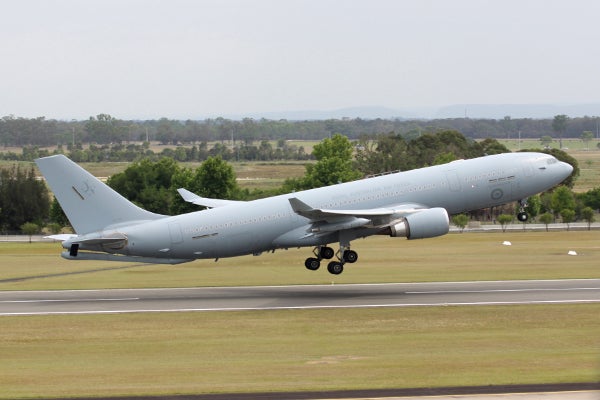 Carried out by Canberra’s Aircraft Research and Development Unit in February, the trials involved a total of 87 contacts and the transfer of approximately 76t of fuel through the hose and drogue method, with both aircraft flying within a limited envelope, Flightglobal reported.

Primarily conducted to assess the tanker’s wake, drogue stability and the fighter’s performance under an array of altitudes, conditions and aircraft configurations, the testing also sets the stage for additional trials that will certify the aircraft to support air-to-air refuelling of Super Hornets worldwide.

RAAF ordered five A330 MRTTs to replace its Boeing 707 tanker transporter fleet in 2005. The last was delivered to the RAAF Base Amberley in Queensland in early December 2012.

Designated KC-30A in the RAAF service, the aircraft is a derivative of Airbus A330 civilian airliner, and is scheduled to be operated by the No. 33 Squadron for cover hose-and-drogue refuelling and strategic passenger transport missions.

Currently undergoing further modification on its refuelling boom and testing to enable refuelling of the E-7A Wedgetail airborne early warning and control aircraft, C-17 Globemaster, and other MRTTs, the aircraft is expected to reach its final operating capability in 2014.

Capable of simultaneously performing aerial refuelling, passenger or freight transport, and medical evacuation missions, the A330 MRTTs have also been ordered by the air forces of Saudi Arabia, UAE and the UK.