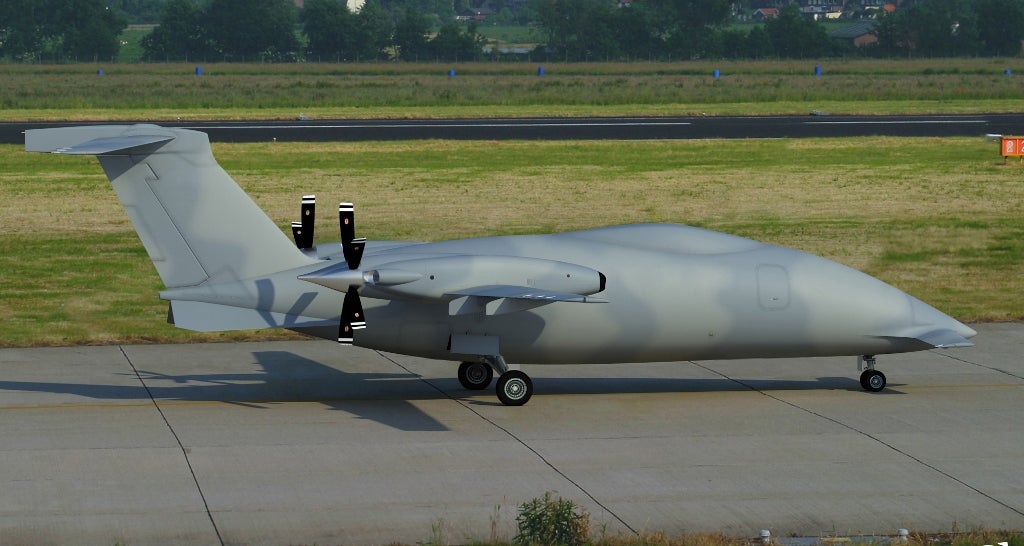 Powered by two Pratt & Whitney Canada PT6-66B turboprop engines, the HammerHead is a multipurpose UAS designed to address the requirement for a robust and advanced solution for intelligence, surveillance and reconnaissance (ISR) missions worldwide.

Equipped with an unmanned aircraft platform, specific mission equipment and systems and a remote ground control station (GCS), the UAS has already completed its first engine start and runway taxi testing at an Italian Air Force base, on 14 February.

"Being ideally designed to perform at the highest, [most] sensitive mission level in patrol, detection and reconnaissance environments, the P.1HH UAS will provide sophisticated stand-off capabilities for any surveillance and security need," Galassi added.

Capable of flying up to 45,000ft, with an endurance of 16 hours, the design and performance of the modified aerodynamic configuration has already been evaluated during comprehensive low speed / high speed wind tunnel testing.

The STANAG USAR 4671-compliant UAS is scheduled to undergo its first test flight this year, after completing the VCMS integration and the ground test programme.