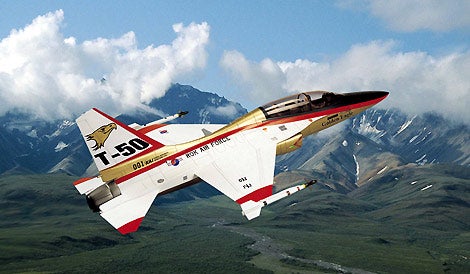 Addressing a press conference, Lacierda told reporters that the acquisition is designed to meet the country’s requirements to counter airborne threats and also train pilots on supersonic high-performance weapons platforms.

"We don’t have any existing jets right now that are in use, therefore, it is necessary for us to upgrade based on our commitment to upgrade our military hardware and this is part of the on-going process of modernising our military," Lacierda added.

Primarily intended for training, interdiction and disaster response missions, the aircraft will also be used for reconnaissance and surveying operations thanks to their aerial cameras, according to the spokesman.

Philippines Department of National Defense spokesman Peter Galvez was quoted by Agence France Presse as saying that the selection was based on the aircraft’s cost and its ability to address the country’s requirements.

Around PHP18.9bn ($463.3m) in funding has been allocated for the acquisition and negotiations with the company will now start, Galvez added, further noting that the service will request early deliveries of two aircraft to begin pilot training.

Offered in October 2012 by KAI, the aircraft completed its evaluation process the following month.

The Philippine Air Force, which retired F-5 Freedom Fighter jets in 2005, had initially attempted to procure used F-16 Fighting Falcon aircraft from US, but the plan was scrapped later due to budgetary constraints.

Image: The FA-50 is a multirole fighter version of the T-50 Golden Eagle jet.