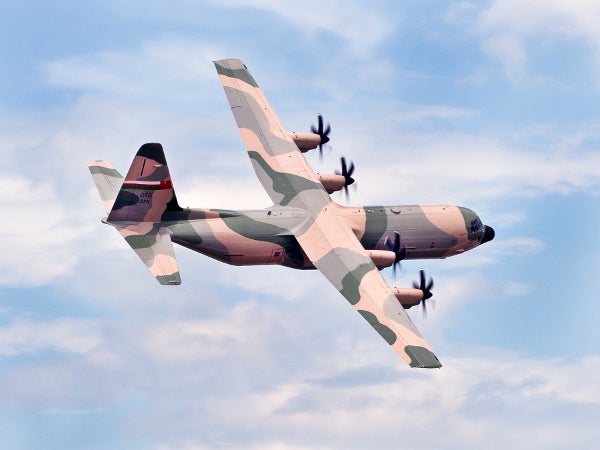 The aircraft is the first of three C-130J ordered by the Sultanate of Oman to support the air force’s internal country operations and to enable operation out of remote and rundown airstrips.

Currently operational with the UK’s Royal Air Force (RAF), the C-130J-30 Hercules has also been ordered by the US, Australian, Italian, Danish, Iraqi and Kuwaiti air forces.

Lockheed is scheduled to deliver two C-130J aircraft in late 2013 and early 2014 to Oman, which currently operates a fleet of three C-130H aircraft for tactical transport missions.

Image: The Omani Air Force’s C130J-30 Super Hercules aircraft during a test flight at Lockheed’s Marietta facility in the US. Photo: courtesy of Lockheed Martin ©.