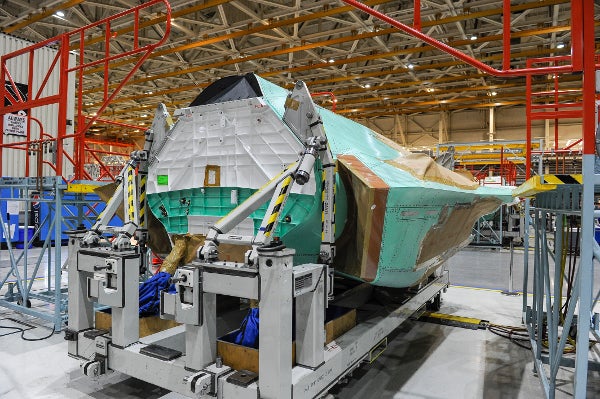 Representing the first of 100 centre fuselages the company proposes to manufacture for RAAF at Palmdale, the centre fuselage is scheduled to be integrated into a conventional takeoff and landing (CTOL) variant of the F-35 aircraft.

Northrop Grumman Aerospace Systems sector F-35 programme vice-president Brian Chappel said the fuselage will be incorporated into the RAAF’s first F-35 and will be delivered for pilot training in 2014.

"The first Australian center fuselage was inducted into our integrated assembly line (IAL) at Palmdale last October and now we’ve delivered it, marking yet another milestone achievement for the F-35 program," Chappel said.

Australia has made significant contributions to the design and development phases of the F-35 programme, having joined as one of the eight international partners in 2002.

The country intends to acquire approximately 100 F-35 aircraft for a cost of $16.4bn.

Besides producing the centre fuselage since May 2004, Northrop also designs and manufactures the aircraft’s radar and other key avionics, including electro-optical and communications subsystems, as a principal member of the Lockheed-led F-35 industry team.

Under development in three versions, including a CTOL variant, a short takeoff and landing (STOVL) and a carrier version (CV), the F-35 is a fifth-generation multirole fighter designed to conduct ground attack, reconnaissance and air defence missions with stealth capability.