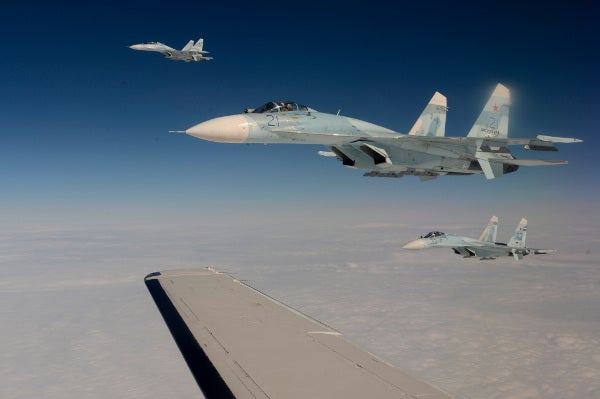 Carried out in Alaska, US and Anadyr, Russia, with support from the Royal Canadian Air Force, the exercise was aimed at improving the countries’ ability to provide a coordinated response in the event of a terrorist attack on a passenger aircraft.

The US and Russian air forces launched or diverted fighter jets to investigate and follow the suspect aircraft, after it failed to respond to communications, and also participated in co-operative escort and handoff of the aircraft within the same airspace.

”Through the Vigilant Eagle exercise series we have developed and refined tactics, techniques and procedures to effectively notify, coordinate and conduct positive handoff of a terrorist hijacked aircraft flying between Russian, Canadian and American airspace,” Viens said.

The US Air Force’s airborne warning and control system (AWACS) and Russia’s A-50 Beriev served as command-and-control platforms, while Canadian CF-18 Hornet and Russian Sukhoi fighters tracked, intercepted and followed the hijacked aircraft, while participating in air-to-air refuelling operations.

Initiated in 2008, Vigilant Eagle intends to continue development of cooperation between the Russian air force and NORAD in preventing and combating potential air terrorism threats.