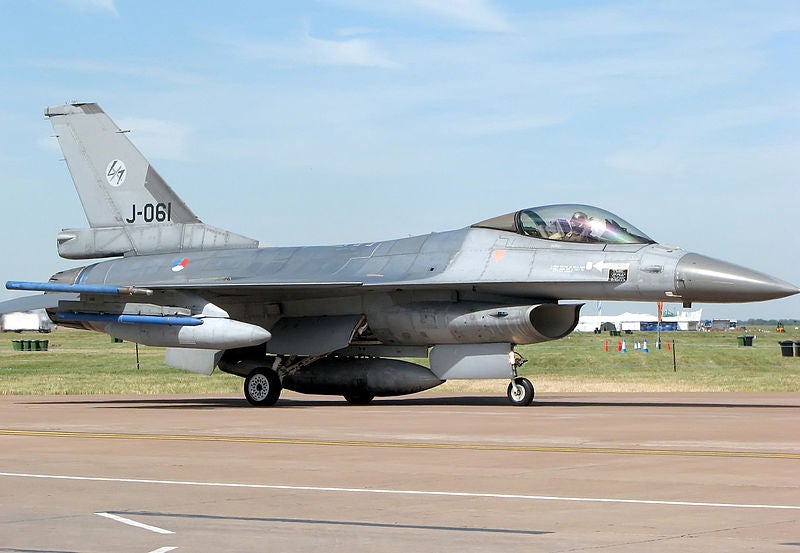 The US Defense Security Cooperation Agency (DSCA) has notified Congress of a potential foreign military sale (FMS) for the continuation of Continental US (CONUS)-based F-16 formal training unit (FTU) and associated equipment to the Netherlands.

Under the estimated $191m sale, the Netherlands is seeking continuation of a CONUS-based Royal Netherlands Air Force F-16 FTU.

The US will also provide base operating support, facilities, training munitions, technical data and publications, personnel training and training equipment, and other related elements of logistics support services.

Primarily supporting the RNLAF’s ability to continue its contributions to overseas contingency operations and to Nato’s air policing operations in Afghanistan, the continuation of US-based training will also provide support for other possible future coalition operations.

The RNLAF currently trains aircrews in F-16 Fighting Falcon operations and tactics with 162nd Fighter Wing (162nd FW) personnel at the Tucson Air National Guard Base in Arizona, US.

The potential sale also contributes to the foreign policy and national security objectives of the US by enhancing the capabilities of the RNLAF, and improving its standardisation and interoperability with the US forces.

No prime contractor is involved, as the US Air Force will manage the RNLAF’s F-16 pilot training programme, while the Tucson Air National Guard and 162nd FW will deliver instruction, flight operations, and maintenance support and facilities.