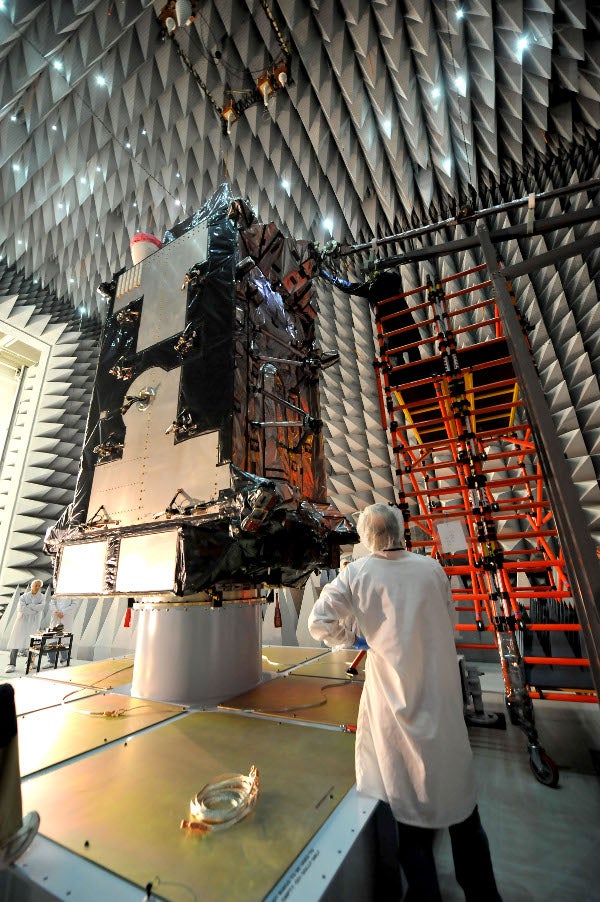 Lockheed Martin’s global positioning system (GPS III) non-flight satellite testbed (GNST) has carried out a series of tests, which the US Air Force’s (USAF) next-generation satellites are scheduled to complete prior to delivery for launch.

Carried out at the company’s GPS III Processing Facility in Colorado, US, the high-fidelity pathfinding tests successfully evaluated the process and facility for vehicle integration checkout, and signals interference testing.

Additional tests included passive intermodulation (PIM) and electromagnetic compatibility (EMC) trials, which ensure that the multiple high-powered signals generated from the satellite’s navigation downlink transmissions, or those transmitted on the satellite from the hosted nuclear detection system payload, do not interfere with each other or themselves.

Lockheed Martin Navigation Systems mission area vice-president Keoki Jackson said: ”As the GNST serves as a pathfinder for the GPS III programme, its successful completion of this testing validates that development risks have been retired and our engineering and technology is sound for the flight vehicles being built.”

GNST is a full-sized GPS III satellite prototype manufactured as part of the original GPS III development contract to help the air force identify and resolve development issues prior to integration and testing of the first GPS III space vehicle (SV 1).

"The prototype is currently being readied for delivery to Cape Canaveral Air Force Station in Florida, for additional risk-reduction activities related to the satellite launch."

The prototype is currently being readied for delivery to Cape Canaveral Air Force Station in Florida, for additional risk-reduction activities related to the satellite launch.

Delivery of the first flight-ready GPS III satellite is scheduled for 2014.