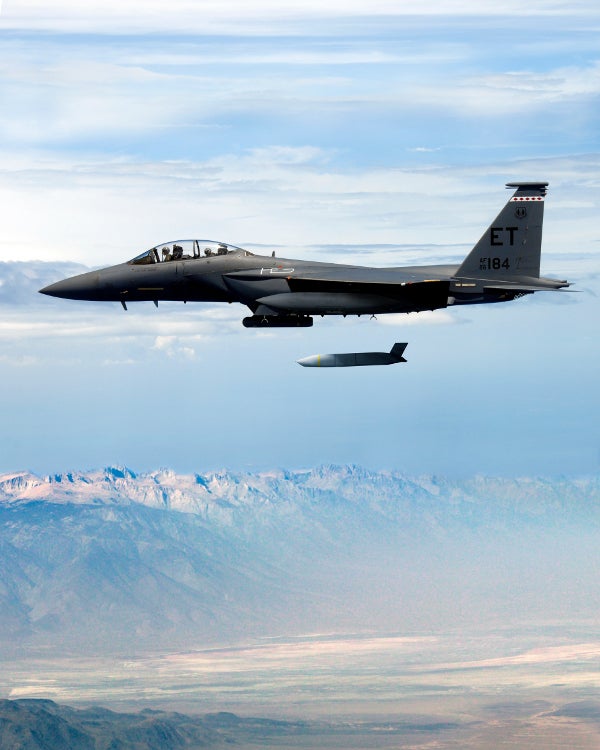 During the testing, conducted at White Sands Missile Range in New Mexico, the missile navigated to and intercepted its intended target, following launch at an altitude of 22,000ft and a speed of Mach 0.85, meeting all mission success parameters.

These parameters included the demonstration of successful end-to-end JASSM capability on the aircraft and evaluation of the missile operational flight software programme that was written for the UAI.

The successful AUR test represents the first time installation of JASSM or any missile on to a platform using the UAI, and was supervised by the Air Force Seek Eagle Office (AFSEO).

Initiated by the US Air Force (USAF), the UAI programme is an effort aimed to improve the integration cycle of new precision-guided munitions into an aircraft, without modifying each weapon and platform’s operational flight programme software.

"The stealthy missiles feature a dual-mode penetrator and blast fragmentation warhead, and are capable of cruising autonomously day or night in all weather conditions."

The stealthy missiles feature a dual-mode penetrator and blast fragmentation warhead, and are capable of cruising autonomously day or night in all weather conditions.

Apart from F-15E, the JASSM is installed aboard the USAF’s B-1, B-2, B-52, F-16 aircraft and is also certified for use on the Royal Australian Air Force’s F/A-18 Super Hornet fighter jets.

The company has to date assembled more than 1,100 JASSMs at its manufacturing facility in Alabama, US, for testing and operational use with a total objective of 4,900 JASSM missiles.