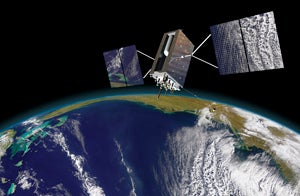 Lockheed Martin has been awarded a contract by the US Air Force (USAF) for the supply of launch and checkout capability (LCC) to command and control (C2) for its GPS III satellites.

Under the $21.5m contract, the company will integrate the LCC into the Raytheon-developed next-generation operational control system (OCX). The LCC consists of trained satellite operators and engineering solutions to support satellite launch, early orbit operations and checkout before the operation of the spacecraft is handed over to Air Force Space Command.

"Achieving initial launch capability in 2014 is critical to introducing new GPS capabilities on time and will enable the GPS III programme to continue its production pace, maximise efficiencies and reduce long-term costs for the GPS enterprise as a whole," Gruber said.