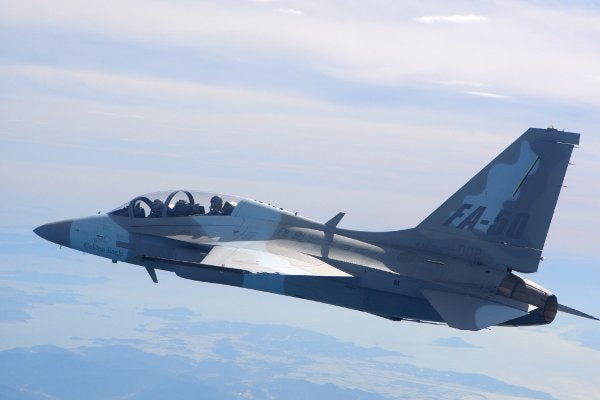 Manalo told The STAR the offer does not include munitions and that an Air Force technical team was currently reviewing whether the jets were capable of delivering medium-range missiles.

Following the completion of the evaluation process, a report listing possible options regarding the purchase of the aircraft is likely to be submitted by the team to defence and military officials in early November.

Philippines has also received defence equipment offers from other countries including Italy and Russia, Manalo said.

The potential pruchase would form part of the country’s programme to upgrade its military combat capabilities and bolster territorial defence and domestic security.

The PAF is currently dependent on aging OV-10 Bronco jets to patrol the country’s airspace and territorial waters, including disputed South China Sea areas claimed by several other countries and operates 393 aircraft of which only 91 are ‘fully mission capable’.

In July 2012, PAF spokesman lieutenant colonel Miguel Okol said the country was planning to acquire ten attack helicopters by the end of 2012 to replace the air force’s OV-10 jets and MG520 helicopters.

The service had recently taken delivery of the first batch of four Sokol combat utility helicopters from AgustaWestland’s subsidiary PZL-Swidnik in March this year.