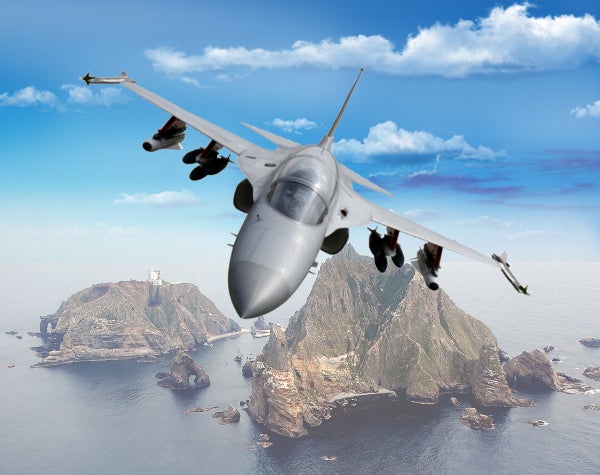 Korea Aerospace Industries (KAI) has been awarded a contract for the production and delivery of additional FA-50 fighter aircraft to the Republic of Korea Air Force (ROKAF).

Awarded by the South Korean Defense Acquisition Program Administration (DAPA), the KRW1.1trn ($1bn) contract covers the supply of an unspecified number of jets and represents the second order for mass production of the FA-50 aircraft.

Around 20 aircraft were ordered by DAPA from the company under the first $600m contract in January 2012.

Primarily designed to replace the air force’s F-5E/F Tiger and Cessna A-37 by 2013, the General Electric F404-GE-102 engine-powered aircraft is also fitted with a radar warning receiver and night vision imaging system for enhanced protection during both day and night.

The light combat aircraft can also be configured to carry up to 4.5t of weapons payload, including air-to-air/air-to-surface missiles and machine guns, as well as precision guidance bombers, such as joint direct attack munitions (JDAM), and multi-purpose precision guidance cluster bombing units (CBUs).

Deliveries under the first contract will take place in two batches, with the first batch comprising eight FA-50s set for delivery this year, followed by the second with the remaining 12 in 2014, while the aircraft ordered under the latest contract will ensure production until 2016, as reported by Flightglobal.

Meanwhile, KAI is currently conducting final negotiations with the Philippines for the sale of 12 FA-50 aircraft at a cost of PHP18.9bn ($463.3m), to help the country’s air force to counter airborne threats and also train its pilots on supersonic high-performance weapons platforms.

In addition to training, the aircraft will be used for interdiction and disaster response, reconnaissance and surveying operations.