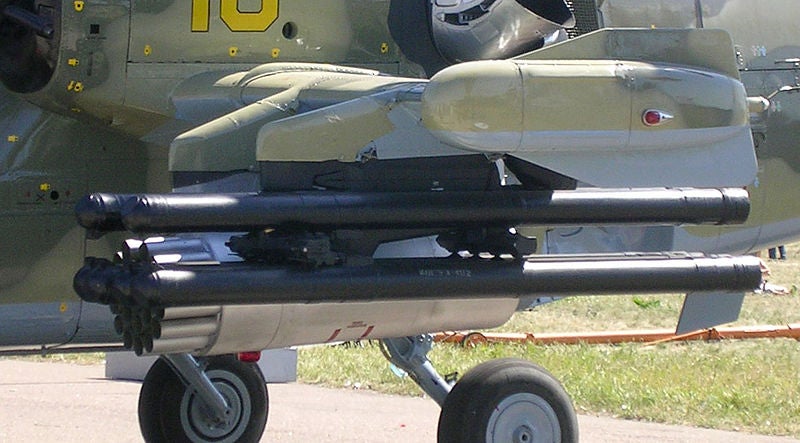 The Russian Ministry of Defence (MoD) has awarded a contract to Izhmash for the delivery of antitank guided missiles to the national armed forces.

Under the RUB13bn ($401m) contract, the company will supply unspecified units of Vikhr-1 laser-guided anti-tank missile system to the Russian military.

Calling the contract to be the company’s biggest state contract for delivery of high-precision weapons to the MoD, Izhmash director general Konstantin Busygin was quoted by ITAR-TASS as saying that the company has all the production facilities, qualified personnel and technologies required for effective fulfilment of the contract under the original schedule.

”We are taking this contract very seriously and will do our best to have it fulfilled completely in time,” Busygin said.

The director general was also quoted by RIA Novosti as saying earlier that the Vikhr-1 contract is expected to enable the company to solve almost all of its financial problems.

"The Vikhr is a long-range, air launched missile designed for engagement of vital ground targets."

Izhmash, the manufacturer of Kalashnikov assault rifle, or AK-47, currently has debts of up to RUB3bn ($92.7m), according to the news agency.

Manufactured by Konstruktorskoe Buro Priborostroeniya (KBP) bureau, the Vikhr is a long-range, air launched missile designed for engagement of vital ground targets, such as armoured targets equipped with built-in and add-on explosive reactive armour between 8-10km ranges during the day and 5km at night depending on the launch platform used.

Air-launched from the Ka-50, Ka-52 helicopters and Su-25T aircraft, the missile is also capable of engaging a range of low-speed air targets in conditions of air defence assets activity.

Vikhr missiles are currently operational with the Russian Air Force.

Deliveries under the contract are scheduled to be completed by 2015.