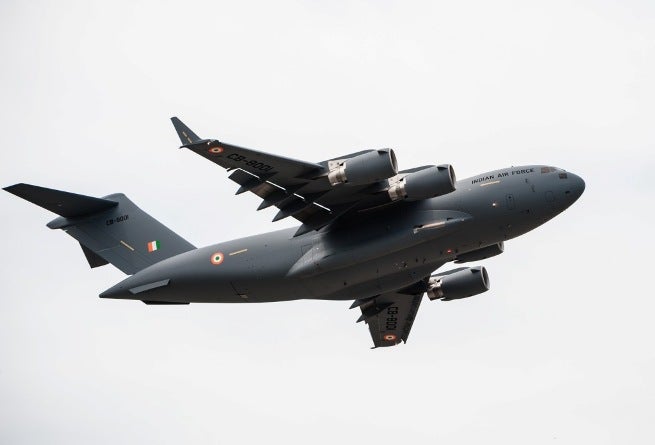 Boeing has handed over the first C-17 Globemaster III heavy-lift transport aircraft to the Indian Air Force (IAF), making the country the newest operator of the aircraft.

The delivery follows completion of a comprehensive flight testing programme at Edwards Air Force Base in California, US, which commenced after the aircraft’s arrival on 22 January.

Around ten C-17 aircraft were ordered by IAF from Boeing under a $4.1bn deal for replacement of its ageing Russian IL-76 airlifter fleet, in June 2011.

"Nations turn to the C-17 for the capability to perform a wide range of operations, from peacekeeping and disaster relief to troop movements from semi-prepared airfields,” Dunehew added.

Around 255 T-tailed C-17s have been delivered to date by Boeing, 222 of which are used by the US Air Force (USAF), while 32 are operational with Australia, India, Canada, Qatar, UAE, the UK and the 12-member Strategic Airlift Capability initiative of Nato and Partnership for Peace nations.

IAF is yet to take delivery of four C-17s this year, followed by the remaining five in 2014.