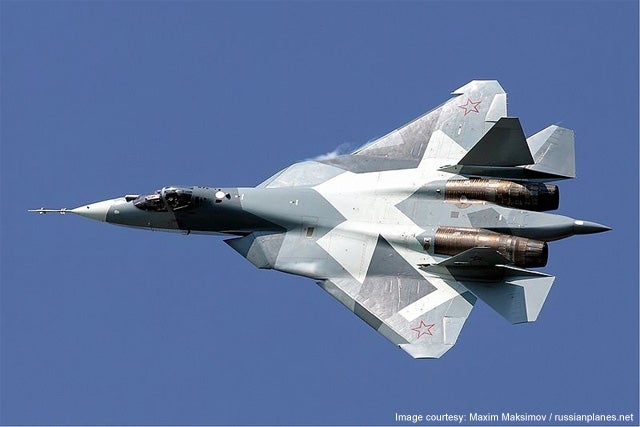 Russia is planning to start the testing and development of its fourth Sukhoi T-50 stealth fighter later this year.

"We are now testing three aircraft," he said. "A fourth will be brought in this year."

The Sukhoi T-50 stealth fighter, developed under the PAK Future Aviation programme, is Russia’s first new major warplane designed since the fall of the Soviet Union and has been billed as the successor to Russia’s fleet of MiG-29 and Su-27 aircraft.

"We are now testing three aircraft. A fourth will be brought in this year."

Zelin had previously revealed that the number of fifth generation T-50 aircraft included in testing would reach 14 by 2015, prior to a planned entry into service in the same year.

The Russian Air Force plans to acquire 60 of the aircraft, with India also set to acquire an advanced fighter aircraft based on the T-50.

The Unmanned Aerial Vehicle Market in Russia to 2025: Market Brief