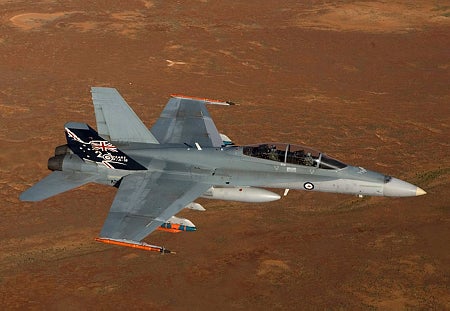 The contract was awarded by Boeing Defence Space and Security (BDS), which was selected as the JDAM original equipment manufacturer (OEM) in May 2011.

"The wing kit is based on the ‘Kerkanya’ glide technology initially developed by Australia’s Defence Science and Technology Organisation (DSTO)," Kelly added.

Featuring an 80km range and accuracy similar to the JDAM weapon system, JDAM-ER is scheduled to be mounted onboard RAAF’s F/A-18 A/B Super Hornet aircraft fleet. The 500lb weapon system successfully completed wind tunnel testing at a US facility in June 2012.

"More than 230,000 JDAM tail kits have been built by Boeing for use by 26 international militaries, since production started."

Initial wing kits shipped under the contract will be used for the JDAM-ER flight tests in late 2013, while the remaining deliveries are anticipated to be completed by 2015.

More than 230,000 JDAM tail kits have been built by Boeing for use by 26 international militaries, since production started in 1998.

Defense and Civil Spends on Aircrafts in Australia: 2016 to 2024