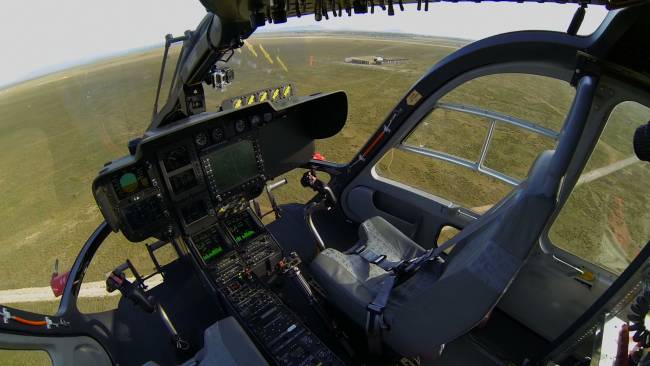 Eurocopter has successfully completed unmanned flight tests of the EC145 optionally piloted vehicle (OPV) at the French Air Force’s base in Istres, France.

Carried out after similar test flights in April 2013, the demonstration confirms the company’s ability to pursue OPV flight capabilities for its product line of light, medium and heavy-lift helicopters, enabling them to be either flown in an unmanned mode or by pilots.

Featuring deployment of an external sling load and a representative observation mission, the test used a four-dimensional flight plan that was uploaded to the helicopter, with its starting and completion points situated on Runway 15/33 of the Istres Air Base.

The helicopter flew the circuit through multiple pre-programmed waypoints, after an automatic takeoff, performed a mid-route hover to deploy a load from the external sling, and continued on a return route segment representing a typical observation mission, followed by an automatic landing.

For external load delivery, the helicopter worked in tandem with the ground station controller, who provided flight control inputs for orientation over the drop point, and subsequently transmitted a command for release once the helicopter and load were correctly positioned.

Visibility to the ground station was provided through onboard cameras, which were complemented by an external gimbaled camera on the helicopter for infrared and daylight mission imaging.

Developed in an internally-funded company programme, the OPV flight capability was coordinated at its Donauwörth facility in Germany, while initial testing with an onboard pilot was carried out from Donauwörth and then Istres.