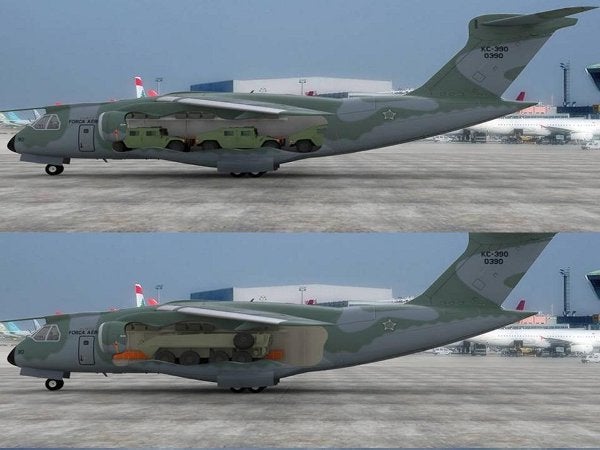 The PDR was conducted at the Embraer’s facilities in Eugenio de Melo, in August.

Validation of the aircraft’s cockpit engineering was carried out by the Air Force Command military personnel, alongside Embraer presentations demonstating new solution and interfaces to the FAB.

Sergio Carneiro, FAB Project KC-390 manager and colonel-engineer, said the Air Force was satisfied with the outcome of PDR and is confident that the programme is proceeding on the right track.

"We checked all the main aspects of the aircraft’s project and the KC-390 meets the Brazilian Air Force’s expectations," Carneiro added.

Paulo Gastao Silva, Embraer KC-390 programme director, said: "The discussions with the Air Force were very productive and we are pleased with the result of this work."

A critical design review (CDR) is expected in March 2013, which will confirm the final configuration of the KC-390 and release production drawings for prototypes development.