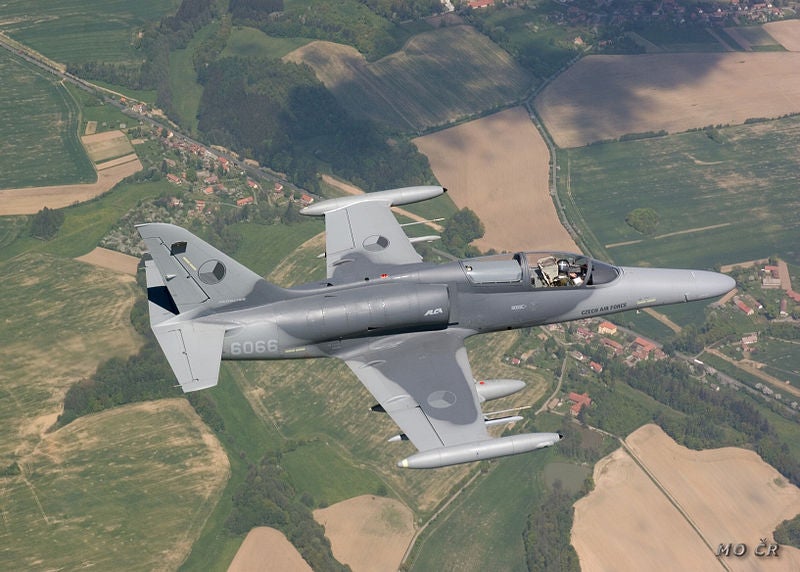 Currently on an official visit to Poland, Necas was quoted by Ceská tisková kancelár (CTK) as saying that the comprehensive offer has been submitted by the Czech delegation, which includes defence, transport, agriculture and local development ministers.

"This project (the offer of L-159s) enjoys full support of the Czech government. We are prepared to provide even the planes that the military of the Czech Republic owns for training, along with the processing of respective training programmes," Necas added.

The delegation also discussed potential cooperation in other areas of defence, including the possibility of offering a mobile anti-aircraft radar to Warsaw, according to the minister.

Issued in April 2012, the LIFT tender seeks the delivery of 16 aircraft, along with a full-mission simulator, other training devices, and training and logistics support services.

The LIFT tender seeks the delivery of 16 aircraft, along with a full-mission simulator, other training devices, and training and logistics support services.

The original PLN45bn ($450m) LIFT tender was cancelled by the Polish Ministry of Defence (MoD) due to undisclosed reasons in October 2011.

The aircraft are scheduled to be delivered between 2015 and 2017, as reported earlier by Flightglobal.