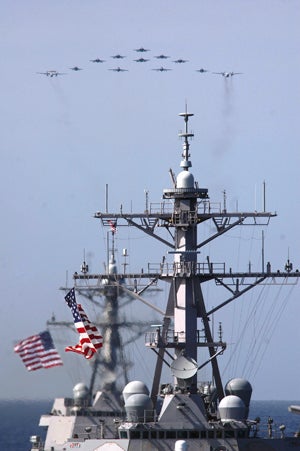 ITT Exelis has been awarded a contract to deliver anti-jam GPS antenna arrays for installation on several of the Canadian military’s airborne military platforms.

Awarded by Raytheon UK and the Canadian Department of National Defence (DND), the contract covers the supply of N79 Controlled Reception Pattern Antennas (CRPA) to the Canadian armed forces.

”The N79 anti-jam antenna will help ensure GPS availability to our service members at the most critical times,” Eyring added.

”By mitigating electronic interference with GPS signals, the Exelis CRPA helps ensure that aircrews receive the accurate navigation data they need to complete their mission.”

Scheduled to be installed onboard Canada’s fixed and rotary-wing aircraft, the rugged N79 CRPA system is capable of keeping an aircraft’s GPS system connected even in the presence of multiple threats.

Weighing 8lb, the N79 CRPA is a seven-element antenna designed to offer anti-jamming GPS reception through a combination of null-forming and beam steering, when used together with appropriate seven-channel beam formers.

The antenna, which has been manufactured at Exelis’ integrated design and production facility in Bohemia since 2005, is also capable of preventing deliberate jamming and unintentional interference of timing signals when incorporated with anti-jam GPS systems, such as Raytheon Navshield and the next-generation advanced digital antenna production systems.

To date, several hundreds of anti-jam GPS antennas systems have been delivered by the company to US and allied militaries for installation on a wide range of fixed and rotary-wing aircraft, ships and unmanned platforms.

The number of units ordered by the Canadian military and the delivery schedule has not been disclosed by the company.

Image: N79 CRPA is used by US and allied militaries on a range of fixed and rotary-wing aircraft and ships. Photo: Courtesy of ITT Exelis.