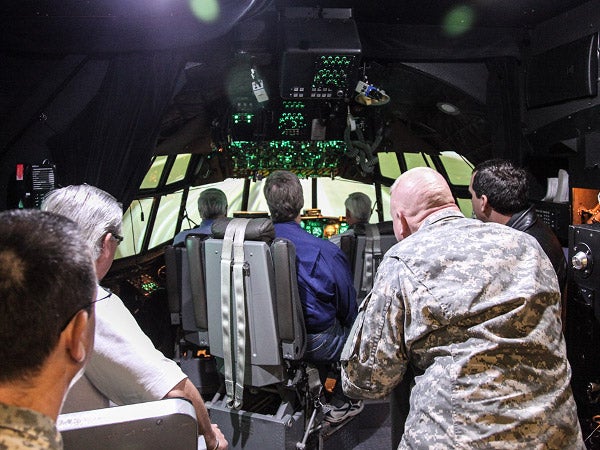 CAE has been awarded a series of contracts and options to provide simulators and support services for multiple armed forces.

Valued at a combined C$130m ($128.15m), the contracts include construction of a training facility for the Kuwait Air Force, as well as the production and delivery of an MH-60R avionics maintenance trainer and weapons load trainer (AMT/WLT) for the Royal Australian Navy.

CAE Military Products’ Training and Services Group president Gene Colabatistto said: "Our position on key platforms such as the C-130J and MH-60 helicopters continues to provide a range of opportunities globally, including foreign military sale contracts through the United States government."

Under the first foreign military sales (FMS) contract, awarded by the US Army Corps of Engineers, the company will construct a training facility for the Kuwait Air Force at Al Mubarak Air Base in Kuwait.

The two-bay training facility is scheduled to house the KC-130J full-mission simulator that is currently being designed and manufactured by the company for the air force.

Exercised by Lockheed Martin, the first contract option covers production and supply of an additional C-130J weapon systems trainer for the USAF as part of the C-130J Maintenance and Aircrew Training System Phase II programme.

Set for delivery in 2016, the simulator will be employed by the Air Force Air Mobility Command for initial qualification, refresher and distributed mission training at Little Rock Air Force Base in Arkansas, US.

Under a separate contract, the company will manufacture and deliver the MH-60R AMT/WLT in 2015 for installation at HMAS Albatross, near Nowra in New South Wales, Australia.