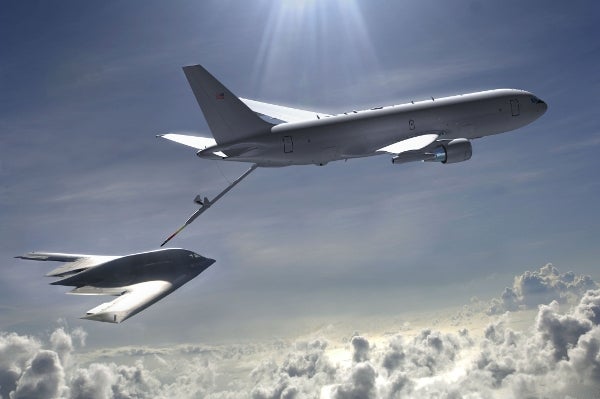 Boeing has successfully conducted the critical design review (CDR) of the US Air Force’s (USAF) KC-46A aerial refuelling tanker aircraft weapon systems at its facility in Mukilteo, Washington, US.

Carried out earlier this month in collaboration with USAF, the review represents the completion of nine months of component and subsystem design reviews, which combined the best practices of both the commercial and Department of Defense’s (DoD) frameworks.

The process is scheduled to be complete ahead of the 24 September contractual date, despite still having some actions to finish.

In addition to Boeing and USAF, the CDR was also attended by the Government KC-46 Program Office, Air Mobility Command, Department of Defense test and acquisition leaders, as well as the Federal Aviation Administration.

US Air Force Tankers program executive officer major general John Thompson said: "For the warfighter, completion of this milestone is a big step forward towards beginning the recapitalisation of the air force’s legacy KC-135 fleet, delivering advanced and improved multimission capabilities to the fight on day one."

"The KC-46A is a military aerial refuelling and strategic transport aircraft, designed to replace the USAF’s ageing KC-135 Stratotankers fleet, which has served as its primary refuelling aircraft for more than 50 years."

Citing a statement from Boeing, Defense News has reported the review is expected to confirm that the KC-46A tanker’s design addresses the air force’s requirements.

”Boeing believes the review went well and initial feedback from our customer has been positive. Final approval by the USAF is anticipated in the near future,” the statement read.

The CDR completion will enable Boeing to advance to the fabrication, hardware and software integration and test phase of the KC-46 development programme.

Developed from Boeing’s 767-200ER, the KC-46A is a military aerial refuelling and strategic transport aircraft, designed to replace the USAF’s ageing KC-135 Stratotankers fleet, which has served as its primary refuelling aircraft for more than 50 years.

Initial test flight of the fully-equipped KC-46 in support of engineering and manufacturing development activities is planned for early 2015.

Image: A depiction of KC-46 conducting in-flight refuelling on a B-2 bomber aircraft. Photo: courtesy of USAF.