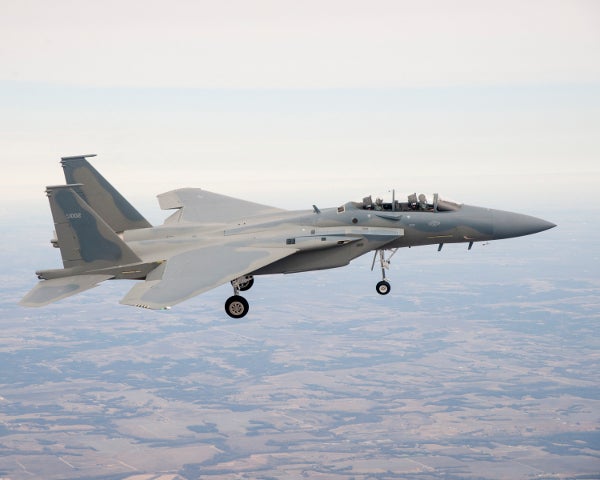 The latest version of the F-15 fighter, the new aircraft offers enhanced performance and increased survivability at a reduced lifecycle cost, and also features two additional wing stations for greater payload and capability.

"Our relationship with the US Air Force and The Boeing Company has helped to ensure the Royal Saudi Air Force remains among the best-equipped air forces in the world," Al-Ayeesh added.

US Air Force F-15SA programme decision authority lieutenant general CD Moore said: "The F-15SA will enhance the national security objectives of both the United States and the Kingdom with improved interoperability and common training and support well into the 21st century."

The aircraft has successfully completed its initial test flight from the same location in March, addressing all test objectives required to support its on-schedule development programme.

Boeing is currently upgrading the RSAF’s existing 68 F-15C/D Eagle fleet to the SA configuration, as part of a $4bn contract received in November 2012.

The contract, which was later revised by the US Department of Defense to a not-to-exceed value of $3.5bn, also includes supply of four base stand-up kits to support the aircraft’s operating capability.