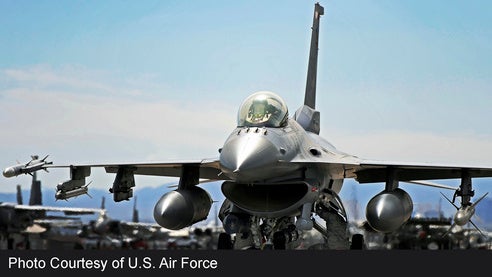 BAE Systems has secured a contract for the delivery of its Mode 5 advanced identification friend or foe (AIFF) systems for installation onboard the US and allied air forces’ F-16 Fighting Falcon fighter aircraft.

Under the terms of the $34m contract, the company will supply undisclosed units of its enhanced AN/APX-125 Mode 5 combined interrogator / transponders (CIT) to the US Air Force (USAF) and the European Participating air force partners, to enable identification and tracking of hostile aircraft.

The IFF technology has been widely used by the US and allied forces to distinguish between friendly forces and enemies, and eventually reduce fratricide, since World War II.

Manufactured as an upgrade to the older, less capable APX-113 IFF system, AN/APX-125 Mode 5 CIT features Mode 5 interrogator and transponder capabilities, and enhances identification capability through the use of secure message and data transmission formats.

An electronic questions-and-answer system featuring interrogator and transponders, the IFF technology has been widely used by the US and allied forces to distinguish between friendly forces and enemies, and eventually reduce fratricide, since World War II.

Manufacturing work will be carried out at BAE Systems’ facility in New York, US, while deliveries of IFF systems, which will be installed on F-16 Block 40 and Block 42 aircraft, are scheduled to be completed by May 2015, as reported earlier by Avionics Intelligence.

Image: BAE’s AN/APX-125 Mode 5 CIF system will be installed on the US and allied force’s F-16 Fighting Falcon jets. Photo: courtesy of US Air Force.