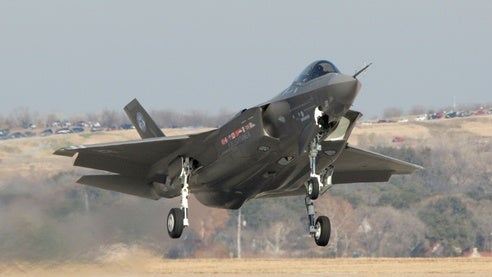 BAE Systems Australia has been selected to support the development of an operational model for integration of the Lockheed Martin-built F-35 Lightning II joint strike fighter (JSF) aircraft into the Australian Defence Environment.

Under the terms of the undisclosed contract, the company will collaborate with the Australian Defence Force (ADF) to manufacture a model specifying all requirements for the JSF operations and sustainment, including maintenance, supply, training needs and fleet asset management.

John Monaghan, BAE Systems Australia Aerospace director, said the contract will ensure that the DoD, industry and the ADF personnel are ready and prepared for a smooth transition, when the aircraft enters into operational service.

”Our team will work to define the processes and information that will be required to ensure that the aircraft achieves its maximum operational effectiveness in any deployed environment,” Monaghan added.

The contract also includes follow-on phases covering the supply of support services for continued integration of the aircraft, until it reaches the initial operating capability (IOC) in the 2019-2020 timeframe.

Launched in August 2011, the NACC-ISP is an $8.2m grant programme designed to help the Australian companies and research organisations support the F-35 programme.

The F-35 Lightning II is a fifth generation multirole fighter. The aircraft is intended to conduct ground attack, reconnaissance, and air defence missions.

Australia, which serves as a level three partner for the fighter development, is planning to acquire a total of 100 F-35 jets for a cost of $16.4bn, but delayed the order for the first batch of 12 aircraft by two years in May 2012 because of budget concerns.