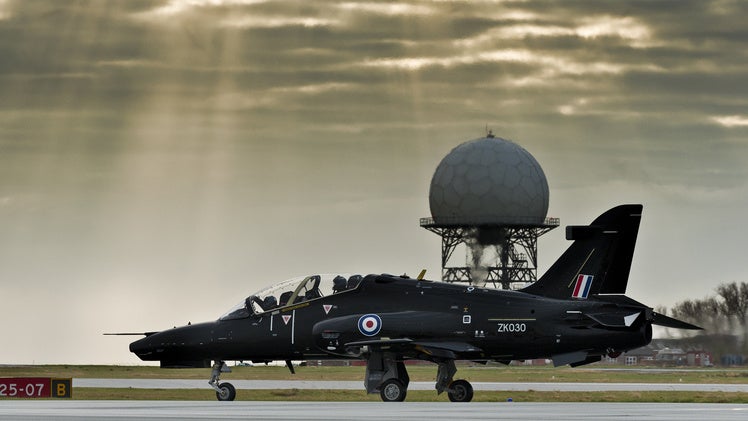 An unnamed Saudi Arabian defence official told Saudi news agency SPA that the deal will help its pilots "to use fourth generation jet fighters in full professionalism and efficiency."

BAE Systems International group managing director Guy Griffiths said to be honoured that the company has been awarded the contract with the Royal Saudi Air Force.

"We have a long history in the Kingdom of Saudi Arabia and working with Pilatus, we will provide the RSAF with the best training platforms to meet their requirements," Griffiths added.

In 2007, Saudi Arabia already ordered 72 Typhoon aircraft, 24 of which have already been delivered to the Royal Saudi Air Force. The deal is said to be worth at least £6bn.

The transaction is welcome news for the British manufacturer, which has been battling against defence budget cuts in the UK, Europe and the US.

The company had previously announced that it was ending the production of the Hawk trainings jets at its Brough facility in the UK in 2013, resulting in the loss of nearly 900 jobs.

Earlier in 2012, BAE said that its prospect to deliver profit growth in the current financial year would depend on finalising a range of contracts in Saudi Arabia.

Conservative MP for Wyre and Preston North, and chair of the House of Commons group of MPs interested in Iran, Ben Wallace welcomed the announcement and said it was "really good news."

The British Government had been trying for a long time to increase aerospace sales and the BAE-Saudi deal was "the result of a lot of hard work behind the scenes," said Wallace .

Deliveries of the Pilatus PC-21, manufactured in Switzerland, will start in 2014. The UK-built Hawk aircraft will be delivered from 2016.

The Armored and Counter IED Vehicles Market in Saudi Arabia to 2024: Market Brief

The Military GPS/GNSS Market in Saudi Arabia to 2023: Market Brief

The Maritime and Border Security Market in Saudi Arabia to 2025: Market Brief