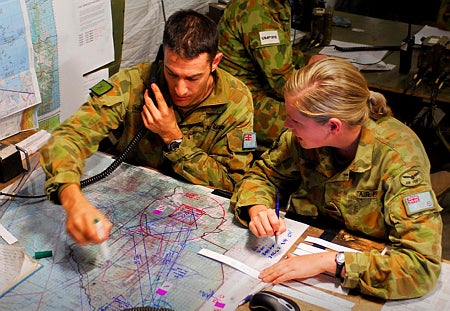 The Australian Department of Defence (DoD) has issued a request for tender (RFT) for an air traffic management (ATM) platform that will be capable of offering the next generation of air traffic control to the national air space.

Issued in collaboration with Airservices Australia, the RFT seeks to implement an unified national solution to help address joint requirements of both the organisations.

The RFT comes as both Airservices’ Australian Advanced Air Traffic Control System (TAAATS) and the Australian Defence Air Traffic System (ADATS), which are used by the Royal Australian Air Force (RAAF), approach the end of their respective service lives.

Commenting on the system, Airservices chief executive officer Margaret Staib said the future ATM system will be designed to make sure that Australian aviation maintains a leading position in technologically advanced ATM and safety.

Companies Intelligence
View All
Reports
View All
Data Insights
View All
”A truly national harmonised ATM platform will remove the inherent limitations from separately managed volumes of airspace and the constraints of operating different systems."

”A truly national harmonised ATM platform will remove the inherent limitations from separately managed volumes of airspace and the constraints of operating different systems,” Staib added.

"Through more flexible use of airspace, it will enable better management and prioritisation of an increasingly complex traffic mix. In an environment of projected growth, it will also allow us to connect the Australian aviation industry to deliver world-best industry performance."

Both Airservices and the DoD have repeatedly expressed commitments to successful harmonisation of civil and military ATM, which is expected to bring an array of benefits, including enhanced operational efficiencies, seamless systems compatibility, and better investment in personnel and infrastructure.

Serving as the project’s lead agency, Airservices will lead the acquisition process for both the company and the DoD.

Scheduled to close on 30 October, the RFI follows an industry request for information (RFI) in April 2010, and industry briefings in December 2011 and 2012 respectively.