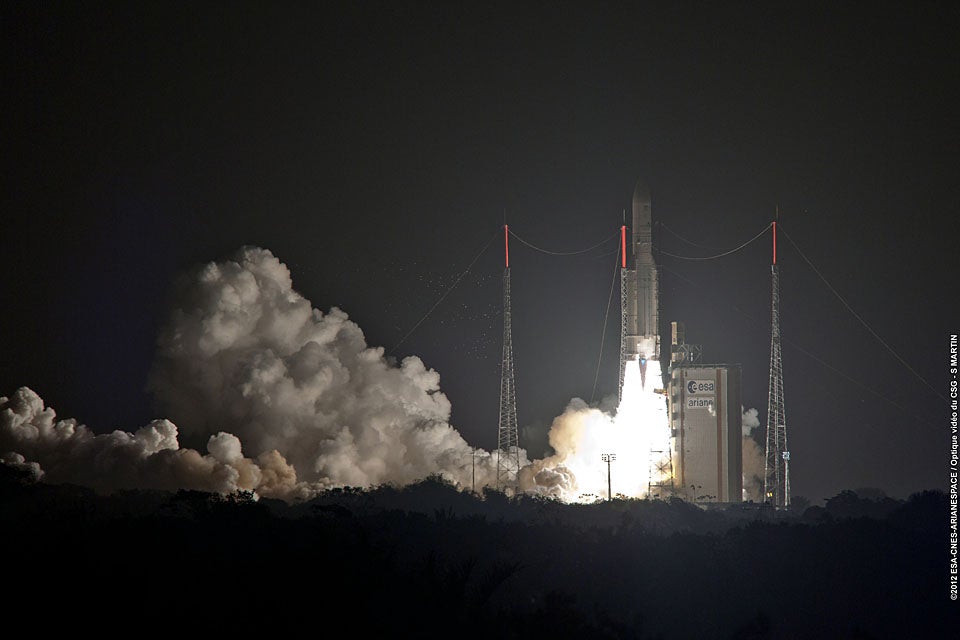 Astrium has successfully launched the UK Ministry of Defence’s (MoD) Skynet 5D satellite system into orbit onboard an Ariane 5 ECA rocket from the Kourou Spaceport in French Guiana, South America.

Representing the fourth satellite of the Skynet 5 project, the spacecraft was placed into space 27 minutes after lift off, and is now scheduled to move into a geostationary position at 36,000km altitude using its own propulsion system, as reported by the BBC News.

Expected to be in a 53° East orbital slot in 2013, the satellite joins three previously launched Skynet 5 spacecraft to provide beyond-line-of-sight (BLOS) communication capabilities to UK troops in Afghanistan, the Falklands, Cyprus and on ships at sea.

”The launch of this latest satellite will deliver additional global communications capacity to support our operations,” Griffiths added.

UK defence secretary Philip Hammond said: ”These satellites provide essential secure communication channels for our armed forces in Afghanistan and allow all three services to communicate with each other.”

During its orbit mission, the 5t-satellite is expected to travel at speeds of 10,000km/hr, while also covering approximately 1.2 billion kilometres.

Based on Astrium’s successful Eurostar E3000 series, the Skynet 5 satellites are designed to enable the Royal Air Force, UK Army and Royal Navy to rapidly transmit additional data between command centres and make use of next-generation weapons, such as Reaper drones.

The programme includes production of four satellites, namely Skynet 5A, 5B, 5C and 5D, as part of a £4bn Private Finance Initiative programme with the MoD, which started in 2007.