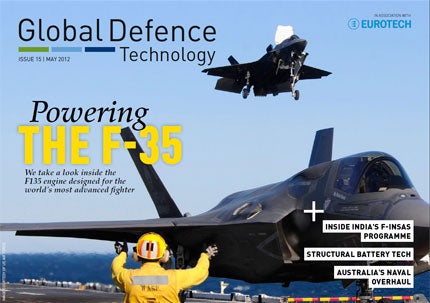 India is a leading light of the rapidly developing BRICS countries, with military ambitions to match its expanding economy. The multibillion-dollar F-INSAS programme is one of the Indian Army’s many modernisation initiatives, but little is known about it. We unravel the facts behind the future soldier programme that aims to put India at the forefront of soldier tech.

Also in this issue

Army
Spiralling energy costs and environmental concerns have left militaries seeking ways to become more eco-efficient. We identify the top ten green military energy technologies in development, and take a look at BAE’s structural battery technology which has been welcomed as a new dawn in the search for portable military power solutions.

Air force
The engines for Lockheed Martin’s next-generation F-35 fighters have been almost 30 years in the making. We take a look inside the development of Pratt & Whitney’s F135, the engine capable of catering to the demands of all three F-35 variants, from concept to refinement. We also feature a video from the F-35 integrated test force reviewing last year’s F-35 development milestones.

Navy
With the Royal Australian Navy in dire straits, Australia’s shipyards and bases are under pressure to support major upgrades across the navy. We explore the role land-based naval infrastructure plays in the urgent reform programme, and profile HMAS Stirling, one of the country’s major naval bases.

The 2012 London Olympics is the largest and most expensive security operation in recent British history. We round up the technology used to keep the Games safe, and ask a cybercrime expert why cyber security is just as important as physical security.

And, diving down deep, we investigate how quantum key distribution technology could enable submarines to communicate securely at depth and speed, and look at the US Navy’s plans for persistent littoral surveillance.