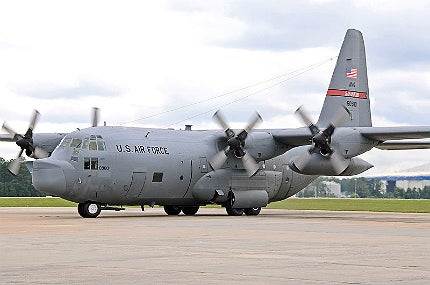 The Indian Ministry of Defence (MoD) has served the final show cause notice to AgustaWestland, moving a step forward towards the cancellation of the AW101 helicopter supply contract because of corruption allegations.

AgustaWestland was to deliver a total of 12 AW101 medium-lift helicopters to the Indian Air Force (IAF) for VVIP transport missions as part of a €560m contract awarded in March 2010.

UK to receive next-batch of Reapers by 2013’s end

The United Kingdom will receive the next batch of General Atomics Aeronautical Systems Reaper unmanned air vehicles by the end of 2013.

All five of the unmanned air vehicles are expected to complete testing before the end of the year.

UK Defence Minister for equipment Philip Dunne was quoted by Flightglobal as saying that the first three new Reaper aircraft are reaching completion of acceptance testing.

Saudi Arabia seeks munitions and support services from US

The US Defense Security Cooperation Agency (DSCA) has notified Congress of two potential foreign military sales (FMS) of various munitions and associated equipment, as well as support services to the Kingdom of Saudi Arabia.

The Czech Air Force is modernising its Mil Mi-171S combat transport helicopters in an effort to boost communication between the pilots and the Special Forces Units.

Primarily financed by the US, the upgrade is expected to enable the helicopters to transport special forces personnel for long distances during night time, Armadni Noviny server reports.

In addition to new equipment for night flights, including an infrared (IR) camera for night vision and a laser rangefinder, the helicopters are also scheduled to be armoured with a new polyethylene and ceramic coating, which will maintain the same weight despite the addition of new equipment.

The US has delivered two C-130H Hercules military transport aircraft to the Afghanistan Air Force (AFF), during a formal ceremony at the Kabul International Airport (IAP) in Afghanistan.

The aircraft is the first of four second-hand US Air Force (USAF) aircraft Afghanistan is slated to receive to reconstitute the fixed-wing medium transport capability it lost because of the axing of its Alenia Aermacchi G222/C-27A cargo fleet, earlier this year.

Delivery of the aircraft will boost Afghanistan’s military capability as Nato forces prepare to withdraw and they will be used transport soldiers around the country, along with their equipment and supplies.

The Russian Ministry of Defence (MoD) is planning to put the third S-400 Triumf air defence missile system regiment on combat duty near Moscow, in an effort to boost the air defences in the region.

Russian Defense Ministry spokesman colonel Dmitry Zenin was quoted by RIA Novosti as saying that: ”Russia’s Aerospace Defense Forces will deploy another S-400 regiment by the end of this year.”

The soon to be deployed regiment will augment the two S-400 regiments already operational near the Russian capital.

Expected to be signed in the next few months, the unspecified contract will cover 15 B-model aircraft, FlightGlobal reports.

The aircraft are expected to supplement the 40 Korea Aerospace Industries (KAI) built KT-1 aircraft, which the air force is introducing as replacements for its ageing Cessna T-37 jet trainer-attack type aircraft.

Without providing additional details about the missile, Hejazi noted that the Iranian armed forces is currently working on 17 air-based weapon system development projects, alongside 11 top level projects in the aerospace industry.