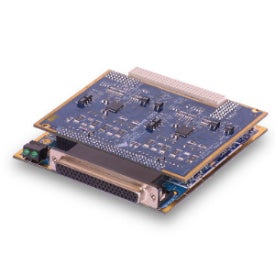 MIL-STD-1553 is a military standard that defines mechanical, electrical and operating characteristics of a serial data communication bus for integration of aircraft subsystems. It is the most popular serial databus in military avionics today and, since it was first published in 1973, it has been adopted by all branches of the US military and Nato.

Each 1553 communication port can be individually configured as a bus controller, remote terminal, or bus monitor.

Suitable for harsh environments, the boards are fully tested for operation from -40°C to +85°C and from 0 to 70,000 ft. In addition, they can withstand 5 g vibration and up to 50 g shock.

Interface boards are available from stock, with prices on request.

Sarsen Technology is currently looking at a brand-new video capture card from Tech Source, and...

The last quarter of the year is always busy for Sarsen Technology, and 2014 is...

This summer Sarsen is looking forward to a busy couple of months, with a number...