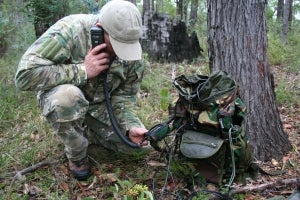 Barrett Communications was founded in 1976 to supply communications equipment to the widely dispersed communities of the Australian Outback, which depend on high frequency (HF) radio to span the great distances involved and where telephone lines are an impractical and uneconomic solution. Originally supporting activities and services such as home schooling and the Royal Flying Doctor Service, the company was soon involved in supplying Australian mining companies with its HF communications solutions. This led to an expansion into export markets on the back of those companies’ overseas activities, often in developing countries.

Today Barratt Communications has enjoyed major expansion in the overseas market, and in particular supplies HF equipment for non-governmental organisations (NGO) and mining industry applications, as well as the main supplier of HF equipment for the United Nations (UN). In fact, the UN has regularly extended and supplemented the contract that by 2013 more than 25,000 Barrett HF radio systems and ancillary equipment had been supplied to the UN for humanitarian operations and peacekeeping forces in Africa, Asia, South America and the Middle East.

Barrett Communications Europe general manager Andrew Burt said: "Barrett is one of the very few companies providing fully-automated solutions to suit all situations from individual to HQ level, allowing a soldier to communicate from his personal radio via HF to a mobile phone. Most IP-based solutions are designed around a PC network, but HF requires a different approach; when you hit the ionosphere things change. We offer one of the only bespoke software systems designed for handling HF and getting the most out of the limited bandwidth through the use of specialised compression and encoding algorithms."

Future plans for Barrett expansion include becoming the pre-eminent supplier for Tier 2 tactical environment equipment, as well as developing a new market in the provision of emergency communications when critical infrastructure is damaged or destroyed, particularly by natural disasters. However, despite these plans, Barrett will continue to develop the interface of HF equipment and make it as user-friendly as possible.

Barrett Communications managing director Greg O-Neill said: "HF radio can appear to be complicated. The more we can make the interface one that the user is instinctively comfortable and familiar with, the more we will dispel any fear of the technology and provide an operator’s environment that instils confidence rather than apprehension."