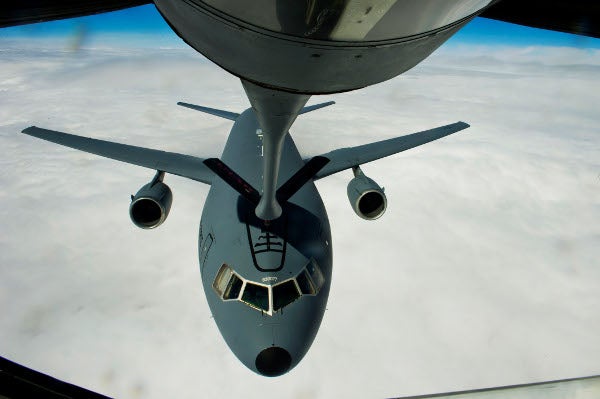 The US Air Force’s (USAF) student pilots from the 305th Operation Group’s KC-10 Flying Training Unit have carried out an Emissions Control 3 (EMCON III) large-formation operation at an undisclosed location.

Carried out jointly with members of the 32nd and 2nd Air Refueling Squadrons, the six-hour radio-silent training mission was aimed at training pilots to stealthily deliver an air-strike package, while flying in a hostile enemy airspace.

"Radios put out the most useful energy to the enemy because it gives them direct information about the nature of the mission through voice communication, so we practice EMCON missions to prevent unnecessary emissions when needed during real-world scenarios," Swanhart added.

Representing one of four EMCON statuses, the EMCON III mission required a high level of preparation and planning, as well as collaboration from multiple wings for writing the tactics, techniques and procedures for operating in a restricted environment.

Restricting all radio communication, the operation enables aircrew to use specific emitters only, such as transponder codes and navigational aids during combat operations.

32nd Air Refueling Squadron chief of Tactics and KC-10 pilot captain Seth Pelletier said: "I think an EMCON III or IV mission is easier than a regular mission because the complicated areas have been analyzed more thoroughly, but it demands a higher level of crew-resource management.

"It forces air crews to push their comfort zones and identify holes in their plan before the mission brief. Last-minute contingencies require an experienced aircrew for a successful mission."

EMCON I is a completely open transmission; EMCON II limits voice communication lowering it completely while certain aircraft are in range; and the EMCON IV limits all radio communication and emitter use.