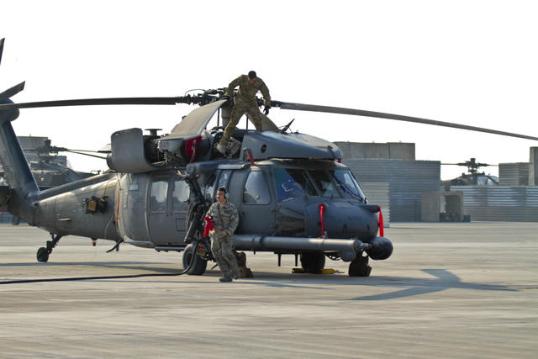 The US Air Force (USAF) has postponed the award of its multi-billion dollar combat search-and-rescue (CSAR) helicopter contract until the first quarter of 2014, the service’s spokesman Ed Gulick revealed.

Gulick was quoted by Reuters as saying that the postponement from the fourth quarter of 2013 has resulted from several reasons, including time needed for completion of an independent cost estimate and the impact of government furloughs.

Blaming the initial delay in the release of the terms of the competition for the move, Gulick however refused to hold the number of submitted bid responsible for the decision.

Sikorsky along with its partner, Lockheed Martin has emerged as a clear favourite to win the $6.8bn contract, after Boeing, Bell Helicopter, EADS North America, and Northrop Grumman-AgustaWestland team backed out from the competition citing that the request for proposals (RFP) terms favoured Sikorsky’s Black Hawk helicopter in December 2012.

"The postponement from the fourth quarter of 2013 has resulted from several reasons, including time needed for completion of an independent cost estimate and the impact of government furloughs."

Meanwhile, Sikorsky spokesman Frans Jurgens was quoted by the news agency as saying that the air force has comprehensively evaluated the company’s proposal over the past several months.

”We are ready to begin work building a proven, cost-effective CRH-60 aircraft at the service’s convenience," Jurgens said.

When asked whether the air force changed its evaluation process due to dropping out of other competitors, Lockheed Martin Mission Systems and Training business aviation systems vice-president Dan Spoor said, "They had the same rigorous process that they’ve done in the past."

Boeing’s CH-47 Chinook helicopter was initially selected by the air force for the $10bn to $15bn CSAR-X competition in 2006, but the contract was later called off following multiple protests by the losing bidders in 2009.