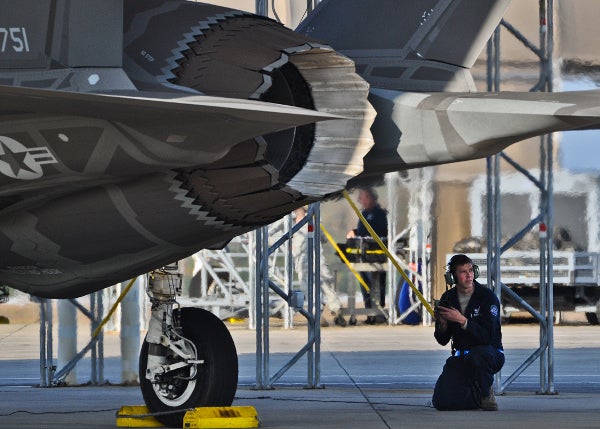 Started by two pilots from the 33rd Fighter Wing (33rd FW) together with two USAF test pilots on 10 September 2012, the OUE ended within six weeks, much earlier than its original schedule of 65 days.

Andrew Toth, 33rd Fighter Wing commander colonel, said the early programme completion is due to a good collaborative effort between the instructors and maintenance personnel.

"We are ready for the Joint Operational Test Team to write their report, provide us a quick-look out brief then formally brief our command on what they thought of the training system here,” Toth added.

”Once we receive the Air Education and Training Command’s approval stating we are ‘ready for training’, we can begin our first class."

The programme’s flying portion validated the pilots’ ability to take off into restricted airspace, train flying in formation while airborne, perform instrument approaches at a neighbouring military base, as well as clearing the traffic pattern for landing at Eglin AFB.

Approximately 135 trained maintainers were also able to undergo up to six flights per day using nine F-35A fighters during the OUE phase.

The basic training will be conducted at Eglin AFB, after which the pilots will move to Nellis or Edwards AFB for advanced training.

”Meanwhile, the game plan for other military services and international partners will continue. Eventually there will be 2,100 maintenance students and 100 US military F-35 pilots a year," Toth added.