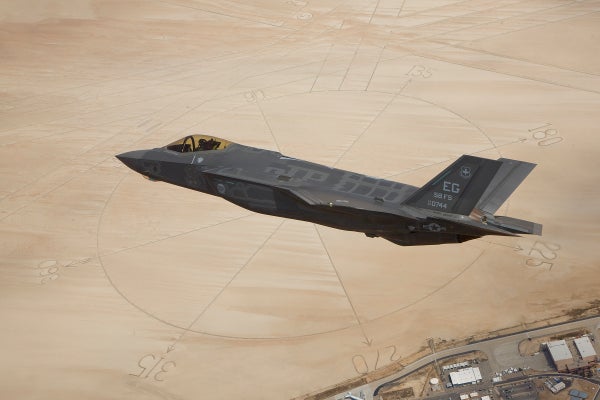 The fleet was temporarily grounded last week after a 0.6-inch crack was found on a third stage Pratt & Whitney F135 engine blade of a test F-35A conventional take-off and landing (CTOL) aircraft, during a routine inspection at the F-35 Integrated Test Facility at Edwards Air Force Base in California, US.

F-35 Joint Program Office official Kyra Hawn stated that the faulty blade underwent testing at the manufacturer’s facility in Middletown, Connecticut, and the crack is assumed to be a result of overuse in test operations.

"Prolonged exposure to high levels of heat and other operational stressors on this specific engine were determined to be the cause of the crack," Hawn elaborated.

Companies Intelligence
View All
Reports
View All
Data Insights
View All
"The fleet was temporarily grounded last week after a 0.6-inch crack was found on a third stage Pratt & Whitney F135 engine blade."

The powerplant will not require any redesigning, as no other cracks have been discovered so far by engineers during inspections of other engines.

Hawn also noted that the flight operations will start depending on weather conditions.

Marking the aircraft’s second engine-related flight suspension in less than two months, the latest grounding follows the temporary suspension of the US Marine Corps’ (USMC) F-35B short takeoff and vertical landing (STOVL) variant due to a fueldraulic hose failure in January.

Currently under development in three versions, including a CTOL variant for the US Air Force, STOVL and a carrier version (CV) for the US and UK Royal Navy, the F-35 JSF is a fifth-generation multirole fighter designed to conduct ground attack, reconnaissance and air defence missions with stealth capability.

Around 17 F-35 fighters from the US DoD’s existing inventory are used for test and development at Patuxent River Naval Air Station in Maryland, and Edwards AFB, while the remaining units are assigned to Eglin AFB in Florida and Marine Corps Air Station Yuma, Arizona, US, to serve as the initial F-35 training fleet.