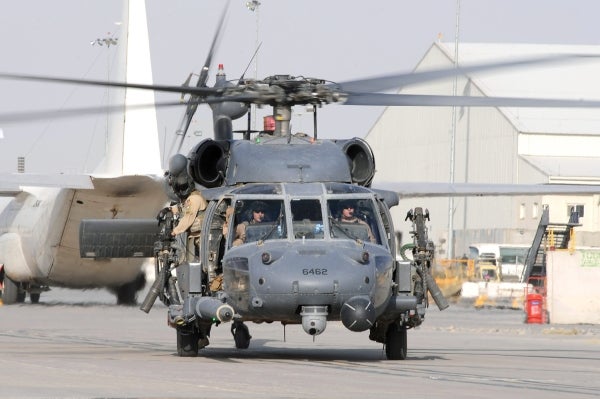 The US Air Force (USAF) will move ahead with its multi-billion dollar combat rescue helicopter (CRH) programme, irrespective of the number of bidding companies, Air Force spokesman Ed Gulick has revealed.

Gulick was quoted by Reuters as saying that the air force already possesses acquisition procedures that will enable it to move forward with procurement even if only one bid is received.

He refused to reveal the number of submitted bids, citing the process as "source selection sensitive."

The service is adopting a fair, open and transparent process for the acquisition of an affordable helicopter that will address its specifications, and will discuss further details once the winning bidder is selected, Gulick added.

A request for proposal (RFP) for the $6.8bn CRH programme, which is designed to replace the US military’s ageing Sikorsky-built HH-60G Pave Hawk helicopter fleet, was floated by USAF in October 2012.

The Sikorsky/Lockheed Martin team has already confirmed to have submitted a bid with a fully compliant MH-60 variant before the January deadline, whereas Boeing, Bell Helicopter, EADS and the Northrop Grumman/AgustaWestland team withdrew from the competition citing cost overruns.

The new contract is expected to be awarded in late 2013, and will include a performance period of approximately 13 years for development, production and initial sustainment activities.