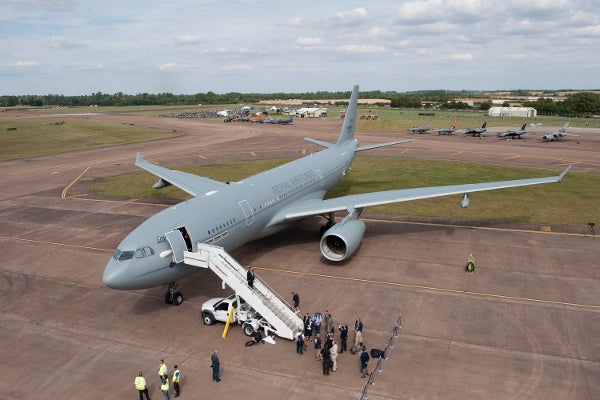 Carried out in support of Panavia GR4 Tornado fighters, the test flight follows the approval of release to service for tanker operations granted by the UK Ministry of Defence (MoD) to AirTanker Services on 16 May, as reported by Flightglobal.

Aircrews from the RAF’s 10 Squadron have also completed simulator-based training at the same location to conduct the actual AAR sortie.

Release to service approval for Eurofighter Typhoons is expected to be granted later this year, while full service capability with a core fleet of nine tankers is scheduled to be declared by April 2014.

AirTanker is now set to deliver the fifth aircraft by the end of the month, and the sixth before mid-2013.

Until now, the Voyagers have been cleared to operate for strategic air transport of troops and cargo, and medical evacuation (MEDEVAC) missions.

Having shipped four out of 14 Voyagers ordered by the MoD under a 27-year, £10.5bn private finance initiative contract in March 2008, AirTanker is now set to deliver the fifth aircraft by the end of the month, and the sixth before mid-2013.

A derivative of Airbus Military’s A330 multi-role tanker transport (MRTT), the Voyager is designed to replace the RAF’s existing L-1011 and VC10 tanker / transport aircraft, which are approaching the end of their service life, for air transport and tanker operations.

Primarily operated by the service’s 10 Squadron, the aircraft is powered by a twin Rolls-Royce Trent 772B jet engine.

It is flown by AirTanker Services as a certified civilian aircraft for charter flights, when not in military use.