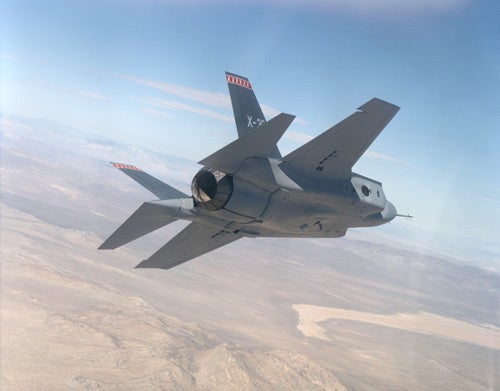 Japan’s Defence Ministry has indicated that it may halt purchases of the F-35 Lightning II joint strike fighter, currently being developed by an international consortium led by Lockheed Martin, if the US raises the price tag.

In a letter addressed to the Pentagon, the ministry’s bureau of finance and equipment chief Hideshi Tokuchi revealed that the possibility of canceling the F-35 procurement cannot be ruled out if its prices went too high.

"I do hope that you share the view that a price increase is not an option for us," Tokuchi added.

Kyodo News reported sources close to Japan-US ties as saying that the ministry had expressed its concern to the Pentagon and requested to review the procurement process under a foreign military sales (FMS) route.

The ministry had planned to procure four F-35 jets beginning in April 2012, with each aircraft estimated to cost about JPY8.9bn ($111.1m) or JPY9.9bn ($123.6m) including spare parts in line with the planned price for the USAF.

The recently revealed US defense budget for fiscal 2013 starting October 2012, however, has estimated the price of the aircraft for the US military at about JPY12.2bn ($153m).

Orders for 179 F-35 fighter planes have been postponed by the US for five years as part of its 2013 defence budget plan due to delays in the aircraft’s development.

The aircraft was recently selected as Japan Air Self-Defence Force’s next-generation mainstay fighter in a bid to replace its existing aging F-4 fleet.

The F-35 is being developed in three variants, conventional takeoff and landing (CTOL) variant for the USAF, a carrier variant (CV) for the US Navy and a short take-off and vertical landing (STOVL) aircraft for the US Marine Corps and UK Royal Navy.

The Police Modernization and Counter Terrorism Market in Japan to 2024: Market Brief