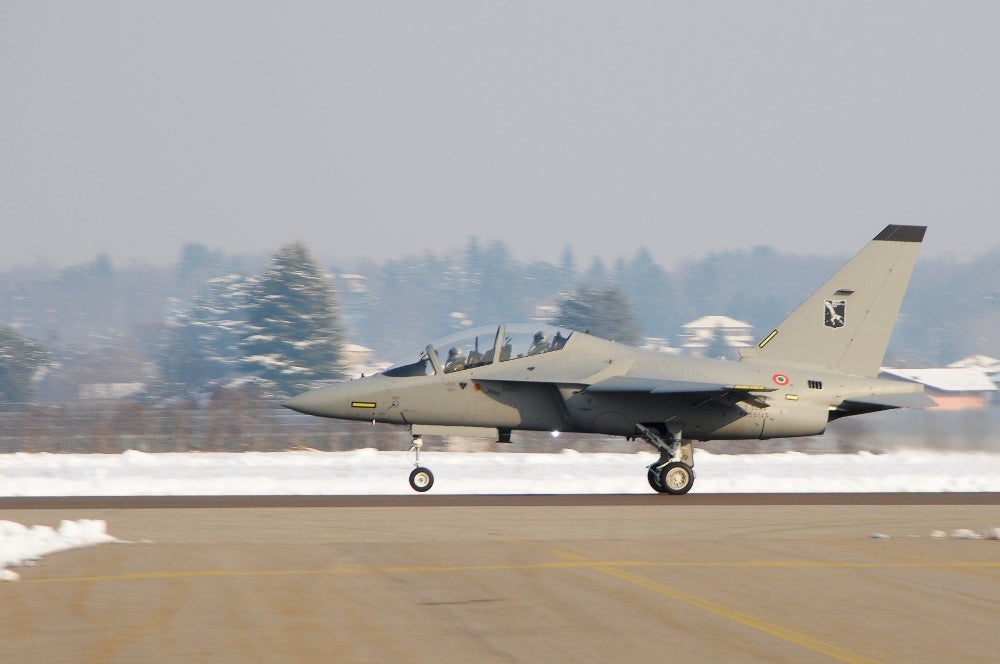 The Italian Air Force (ITAF) has received the second T-346A advanced jet trainer aircraft of the M-346 series delivered by Alenia Aermacchi at its production facility in Venegono, Italy.

The delivery follows a €220m contract signed with ITAF for an initial batch of six M-346 aircraft in 2009, which also includes logistics support, military personnel training and the construction of part of the logistic-infrastructural platform to be used for training and ground operations.

This contract forms part of a broader agreement to supply a total of 15 M-346 Masters and related support for the Italian Air Force.

The first two trainers will be initially assigned to the Flight Testing Department at the Pratica di Mare air base, where the first operational tests will take place to validate the trainer’s performance and speed to deliver the capabilities needed by the ITAF.

Deliveries of the remaining aircraft and associated ground-based training system are expected to be completed by 2012.

The M-346 is the most advanced / lead-in fighter trainer designed to provide advanced and pre-operational training to pilots to fly new-generation combat aircraft.

The aircraft features a Fly-by-Wire control system that allows the aircraft to remain fully controllable at angles of attack over 35° as well as an integrated digital avionics suite with the ability to simulate sensors and threats in flight.

The aircraft avionics are based on new-generation military aircraft such as Eurofighter, Gripen, Rafale, F-16, F-18, F-22 and the future joint strike fighter (JSF).

The new-generation advanced and lead-in fighter trainer, M-346 has a high thrust-to-weight ratio of about 1:1 and can be used in all phases of advanced and pre-operational training to reduce the flight hours in more expensive aircraft.

Defense and Civil Spends on Aircrafts in Argentina: 2016 to 2024